Opinion: Let’s Forget That All My Favorite Rockstars Were Predators and Focus On How Annoying Their Wives Were Instead 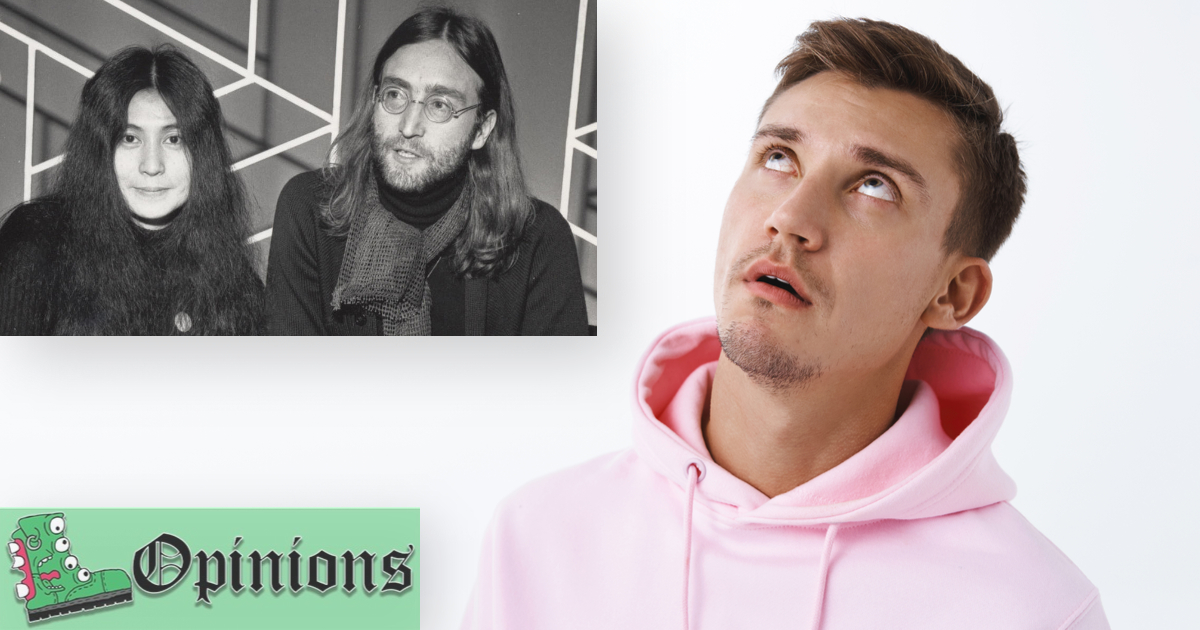 People love to call out how “problematic” some of the greatest musicians of all time were. Not me. I’m a simple man. I like my rockstars like my political beliefs: impervious to criticism from anyone other than me. But I get that society needs a scapegoat. With that in mind, I offer a simple exchange. Let’s all forget about the behavior of our favorite rockstars that may have been predatory and, instead, shift that rage toward their wives, who were all undoubtedly annoying.

Take John Lennon and Yoko Ono for example. You’re telling me that his repeated abuse of women compares to the time that she used her voice to make noise during that performance they did with Chuck Berry? If so, you are complicit in allowing annoyance to run wild in America.

Oh, and I guess I’m just supposed to stop listening to Aerosmith because Steven Tyler happened to prey on an underage girl, get her pregnant, and make her have a forced abortion? Dream on, buddy. Either way, I’m sure his wife, whoever she was, was pretty annoying during all of that.

And what about Kurt Cobain? Granted, he really didn’t do anything that bad during his career. Except for one thing: marrying Courtney Love. At least she’s been reaping what she sowed for the past thirty years by receiving nothing but hate when she does anything. Like the time she called out Harvey Weinstein in 2005. How dare she do that without even giving him a chance to prove his musical abilities first?

Fuck separating the art from the artist. Instead, I’m going to transfer my anger over all of the horrible things they’ve done onto the women they were married to. We need to stand up for the most vulnerable members of society: rich and famous men who have literal teams of people protecting them from criticism. Poor little fellas.