Opinion: If Those Videos of Bigfoot Were Real We’d Be Able to See His Dick 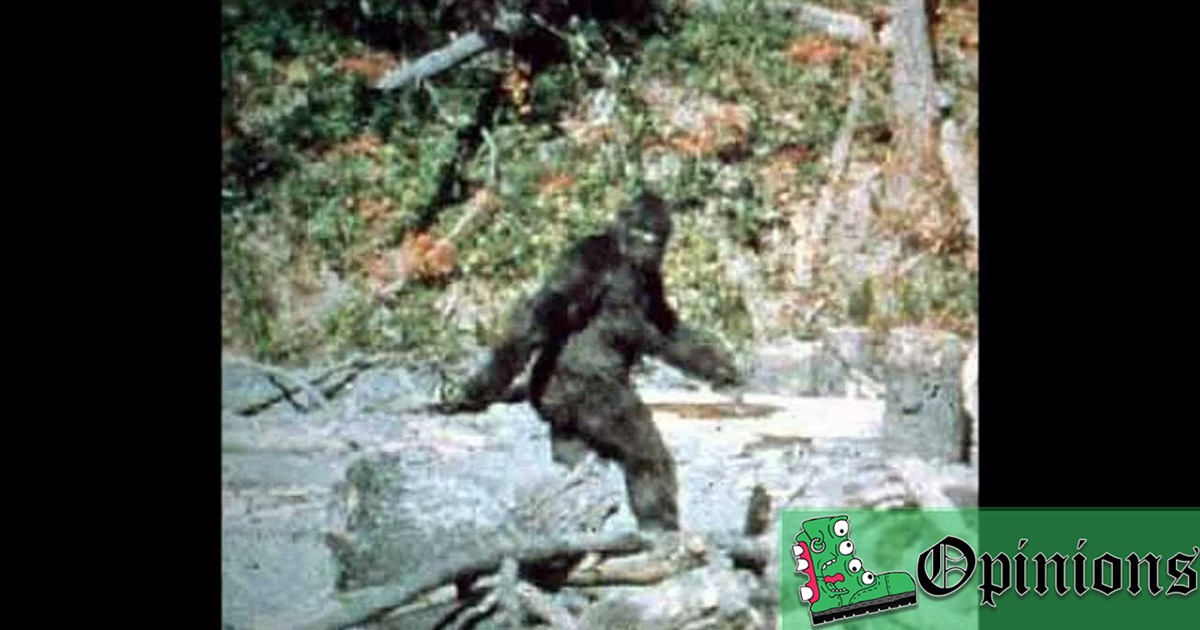 In the post-truth area, it is our duty as citizens and stewards of information to dispel the lies and misconceptions that have plagued the noble profession of cryptozoology. As a moderator for one of the top ten largest cryptozoological subreddits, I am viscerally offended any time I see someone sharing these obviously fake, and unfortunately famous, videos of Bigfoot. While scholars have proven beyond doubt that Bigfoot does exist, the viral videos currently making the rounds on Squatch Twitter have one glaring issue: Namely, if they are real, why can’t we see Bigfoot’s dick?

I have proven time and time again the scientific fact that, among the great apes, foot size is in direct correlation with the penis length and girth (Speaking of which, if anyone reading this works at Brookfield Zoo, please contact me. I think I left my tape measure in one of your exhibits). The foot-to-dick ratio (FTD) is such a basic and widely accepted concept that it has led to countless idioms, such as, “You know what they say about guys with big feet.”

As a species deriving its name from just how jarringly large its feet are, suffice to say that Bigfoot is packing a real monster of a hog. If that was an actual Bigfoot, you can bet your lunch there’d be one hell of a sledgehammer swinging around down there.

If these videos are indeed fake, which I have proven, that only presents more questions in need of answers. Why were these videos forged? Who would emasculate the majestic and well-endowed Squatch? Who stands to gain from depicting The Envy of The Northwest as nothing more than a dickless recluse? Sometimes the right answer is the simplest one: This propaganda of an impotent Bigfoot is an elaborate hoax; a conspiracy that runs deep through our government and culture, which was put into place by none other than my ex-wife’s new husband, Mark.

Think about it. I’ve seen the pictures he took with Sheri when they went to Cancun last year. Those boat shoes of his can’t be more than a size 8, 8 ½ at best. Logic follows that he’s strutting around the resort with the confidence of a yeti, while below his salmon shorts he is nothing more than a chupacabra.

Mark knows I have devoted my life to the sciences, with FTD being my magnum opus. He has castrated the noble Squatch in the eyes of the public, just to discredit me. Any psychologist briefed on the case will tell you that Mark has emasculated the Bigfoot in a sad Freudian attempt to symbolically castrate me, giving credence to my theory that my ex-wife still screams my name in the throes of their lovemaking. It is deplorable to me that Mark would let an innocent and noble cryptid get caught in the crossfire of his attempted character assassination, but what can you do?

Anyway, the 5G at the truck stop I’m writing this from is starting to give me a headache. Please stay tuned as I release more unbelievable truth about Mark’s role in convincing people jet fuel was used in the fire at his garage that I’m currently being investigated for.