Opinion: If “Die Hard” Is a Christmas Movie, Why Doesn’t Bruce Willis Marry Alan Rickman at the End 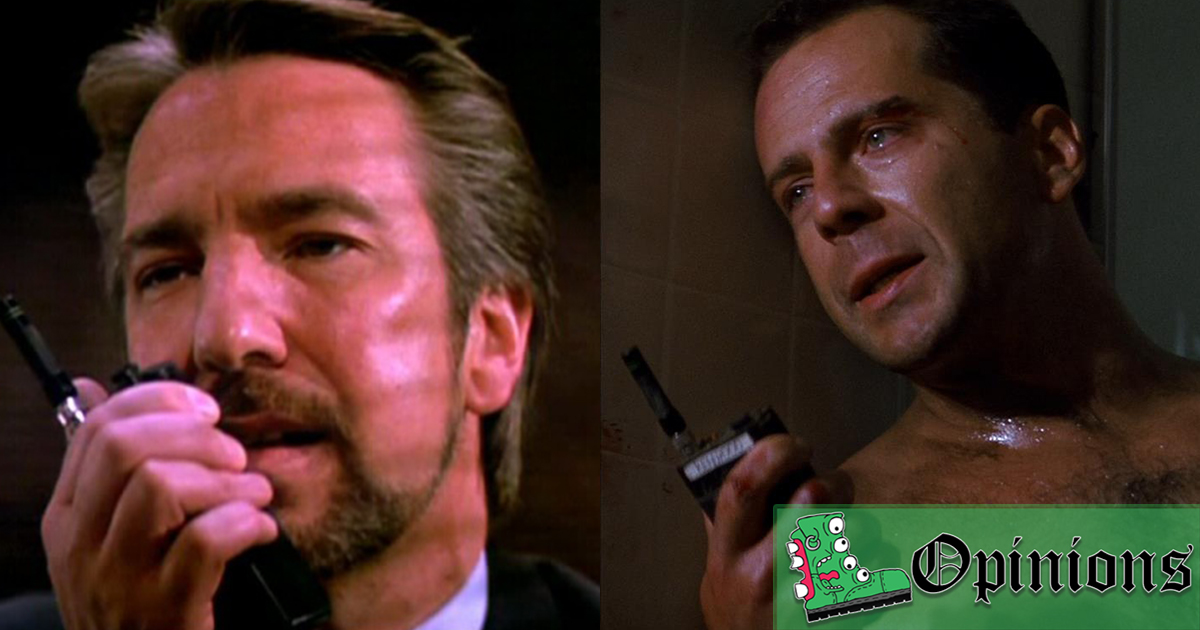 The debate over whether or not “Die Hard” is a Christmas movie has escalated over the last few holiday seasons and after years of analysis what I’ve concluded is this: It could have been. By all accounts, it even should have been, but for some confounding reason John McClane and Hans Gruber do not wind up together romantically at the end.

Sure, it basically follows the identical formula of any other feel-good Hallmark-style holiday flick: Joe everyman visits over-worked wife to rekindle romance after a holiday party. European terrorists take over the office building. A sleazy coked-out businessman gets murdered after smooth-talking the handsome terrorist leader. The dad cop from “Family Matters” saves the day.

All of the elements are there. So why didn’t they seal the deal?

The way John reacts when he first hears Hans’s voice makes me swoon every time, and yet scene after scene the overwhelmingly blatant sexual tension between John McClane and Hans Gruber never comes to fruition.

Holly Gennero ceases to exist in John’s mind as he slithers through the ventilation system trying to make his way to Daddy Gruber. All John can think about is getting to his captor, teasing him by spray painting “ho ho ho” on a dead body. Playing hard to get unfortunately doesn’t pay off for these war-torn lovers.

At no point does Gruber look around at his henchman and say “None of you would walk barefoot on broken glass just to be with me” before sprinting towards the man he is clearly meant to be with. Any other Christmas movie would see these two men kiss under the mistletoe, then have the camera pan out to reveal a wedding party made up of everyone we’ve met so far who wasn’t brutally slain.

“Die Hard” is, at its core, the story of two men trying to make Christmas special. One attempts this by rekindling his failed marriage and the other by committing an elaborate heist. They have their differences sure, but if we follow the formula that should only bring them closer together!

“Die Hard” is a wonderful movie in its own right but if you’re looking for holiday magic this year it’s best to stick with more traditional Christmas offerings like “Batman Returns,” “Lethal Weapon,” or “Eyes Wide Shut.”