Opinion: I Don’t Think This Is an Al-Anon Message Board 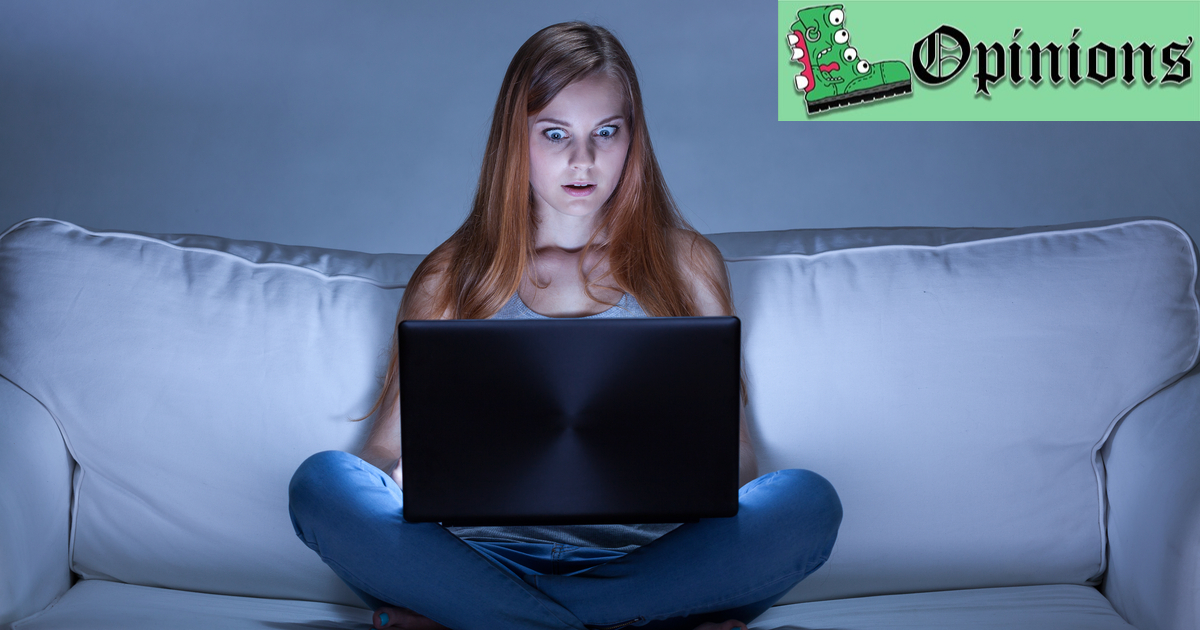 Since the pandemic started, 12-step meetings have been forced to take place online. While it certainly can’t replace sitting in a room full of people with whom you can identify and relate to, it has been a lifesaver, especially in such potentially isolating times. Except for the Al-Anon group I joined. Don’t get me wrong, it’s anonymous alright. I’m just now realizing it’s a less “Al” and more “Q.”

I caught what I should have spotted as red flags right from the jump. Typically, meetings will open with a reading of the steps and traditions and maybe a clarity statement. But this message board just had a bunch of pics of Ryan Reynolds drinking baby blood with Beyoncé. I definitely couldn’t identify with that experience but like they say, “take what you need and leave the rest.”

In this case, I left literally every single word and hope that someday those images will leave my brain as well. Maybe my sponsor will have some suggestions.

Another thing that tipped me off was the complete lack of anonymity and cross-sharing I witnessed. Maybe this is just me, but I was taught that the experiences of “Hillary C.” and “George S.” shouldn’t be talked about outside of the rooms. Especially with the kind of sick shit they apparently get into.

What you hear here, stays here, and apparently “here” is subject to include anyone’s personal YouTube channel, as paraphrased from the front seat of their car. To be fair, maybe they haven’t worked the Traditions yet.

I know that each group is autonomous and that each group’s conscience is what guides the format, and apparently this group’s conscience is focused on reserving a very large portion of the meeting to saying unconscionable things about Jewish people. But as we say here, “principles before personalities,” which is really helping considering how every single personality is somehow the worst one I’ve ever encountered.

It doesn’t help that the “principles” they’re sharing are primarily about how the Chinese are trying to kill us. Sounds like someone could work a mini fourth step.

This is definitely something I’ll include in my daily inventory, as to not hold resentment. Because at the end of the day, I come here so I can be OK with being OK. Or at least, OK knowing that “the storm” is coming, and that I can take care of the only person I do have control over — myself.