Opinion: Edge Day Is a Made up Holiday to Sell Hardcore Records 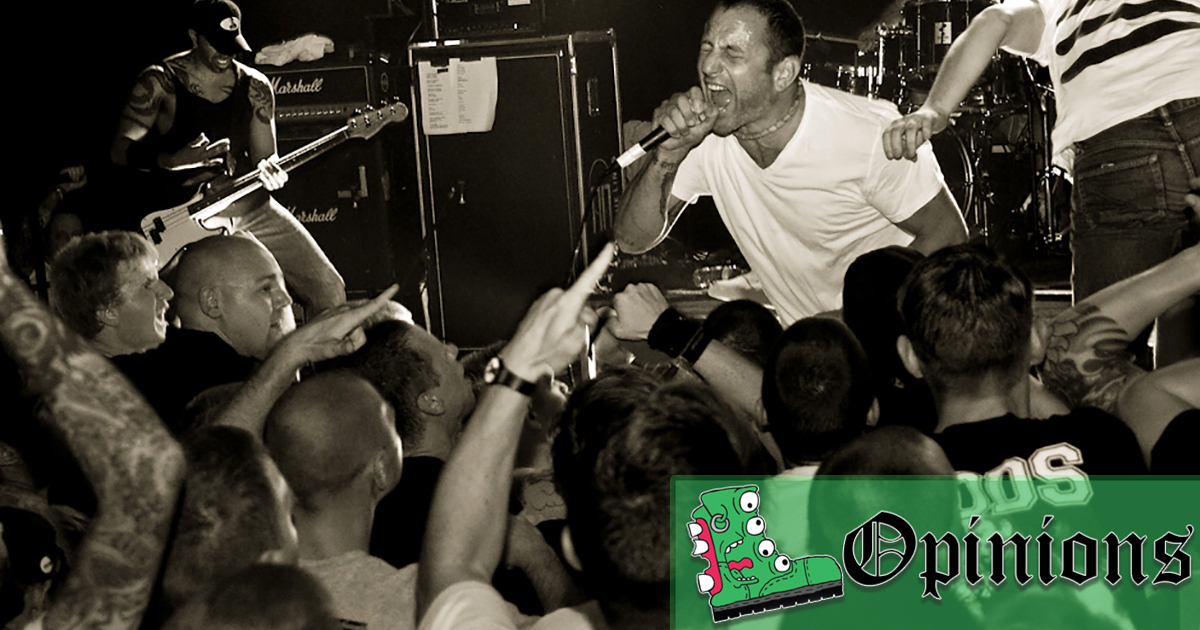 The straight edge community is all about integrity, solidarity and accountability. Very few people are as passionate about anything as the X-fisted youth of today are about not chewing up several hits of ecstasy and rubbing a soft blanket against their skin. But anytime you see someone who really cares about a cause you can bet there’s a suit lurking in the background wondering how to make a buck off of it.

The underground music industry is no exception to this rule and there’s no better example of that than Edge Day, which didn’t exist until Big Hardcore noticed a dip in record sales around mid-October.

It makes perfect sense. You’re a businessman trying to figure out how to get more money to buy more cocaine. You know who has money? People who don’t spend it all on cocaine. All it takes is a Pied Piper with a guttural scream and a microphone cord wrapped around their knuckles to lead the sleeveless shirt masses out of the circle pit and straight to a cash register.

It’s a scam like any other. Cinco de Mayo was adopted in the states to sell Corona. St. Patrick’s day was adopted to sell Guinness. 4/20 day was created by major corporations to sell weed. Edge day is, at its core, just a hollow attempt to finally monetize sobriety.

But maybe we shouldn’t be so quick to judge people for celebrating it.

Those who see through the bullshit of Valentine’s Day have their megaphones ready every February to make sure you know it’s dumb to set aside a day to show people that you care about them. But plenty of those same truth-speakers rush to their keyboard to make sure you know it’s Sibling Day and they have a brother (an actual, biological brother, not “brotherhood” the way it’s used in the straight edge scene to mean you’re family because you all like Minor Threat). This is no different than scoffing at every miniature American flag you see on July 4th and then marching out of the record shop with an armful of Judge LP’s a few months later just because the calendar told you to.

I’m not shitting on straight edge people. I have nothing against you. I support your cause, admire your sense of community and even enjoy some of your music. I’m simply pointing out that I see right through this “holiday” while you do not, which makes no sense because you’re all bright-eyed and clear-headed and I’m high as fuck right now.