Opinion: Bears Have Every Right To Defend Themselves From the Bees in the Hive They’re Invading 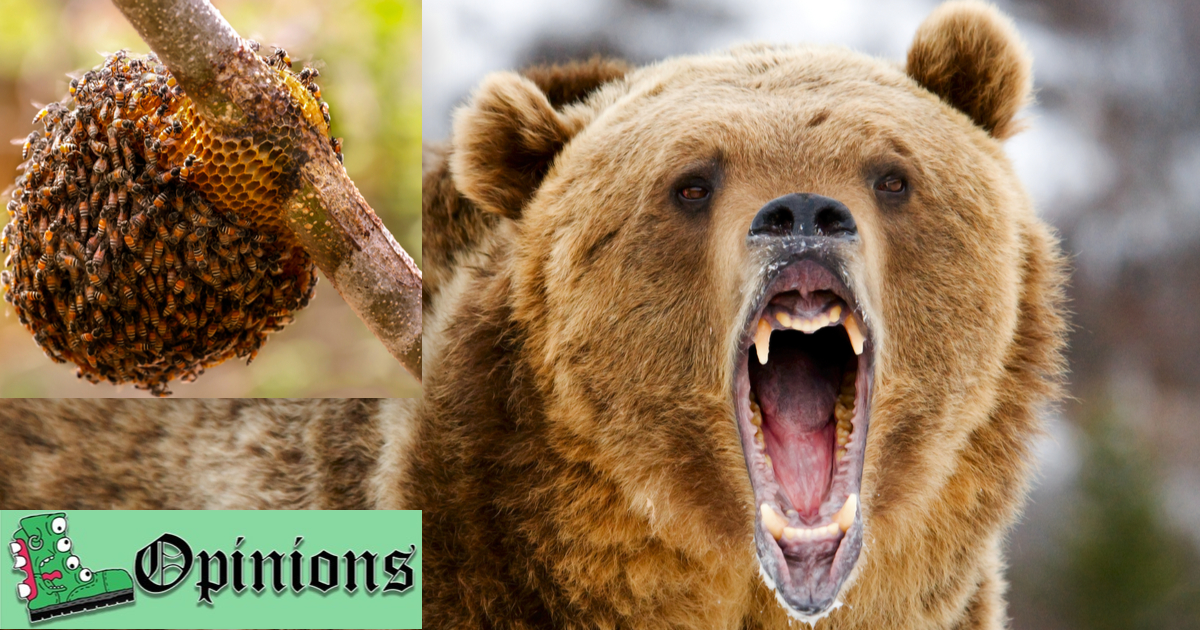 I’m just gonna say what we’re all thinking. If a bee thinks it’s a good idea to sting the bear whose snout just burst through the side of their home then they better be ready to deal with the consequences of that act of violence. I believe in common sense self-defense There’s no question about it, a bear breaking into a hive has every right to defend itself against those monstrous aggressors.

I know this is a complex issue with a long history but two wrongs don’t make a right and it’s as simple as that.

Bees make honey. Bears eat honey. Everybody has to eat. If you ask me, the bees ought to just share the honey with them. The bears have just as much of a right to the stuff as the generations of bees who’ve been living in there. Another option is that the bees can just leave and start over in one of those other trees in that part of the woods. I’m pretty sure there’s, like, tons of ’em.

I’m also pretty sure I read about a bear who recently died from its wounds after being stung by a swarm after destroying its entire hive. And don’t you dare start talking to me about how every single one of the bees also died. Or how the entire species is on the brink of extinction. That’s not the bear’s fault. How can a bear understand that it’s participating in a genocide if they’re being stung on the nose over and over again?

Bears are better than bees. That’s all I’m trying to say. And if those bees don’t want to keep getting massacred after being displaced from their hives then they need to buzz the fuck off. It’s like they say, “Keep poking the bear, you might get bit by a barrage of bear strikes.”