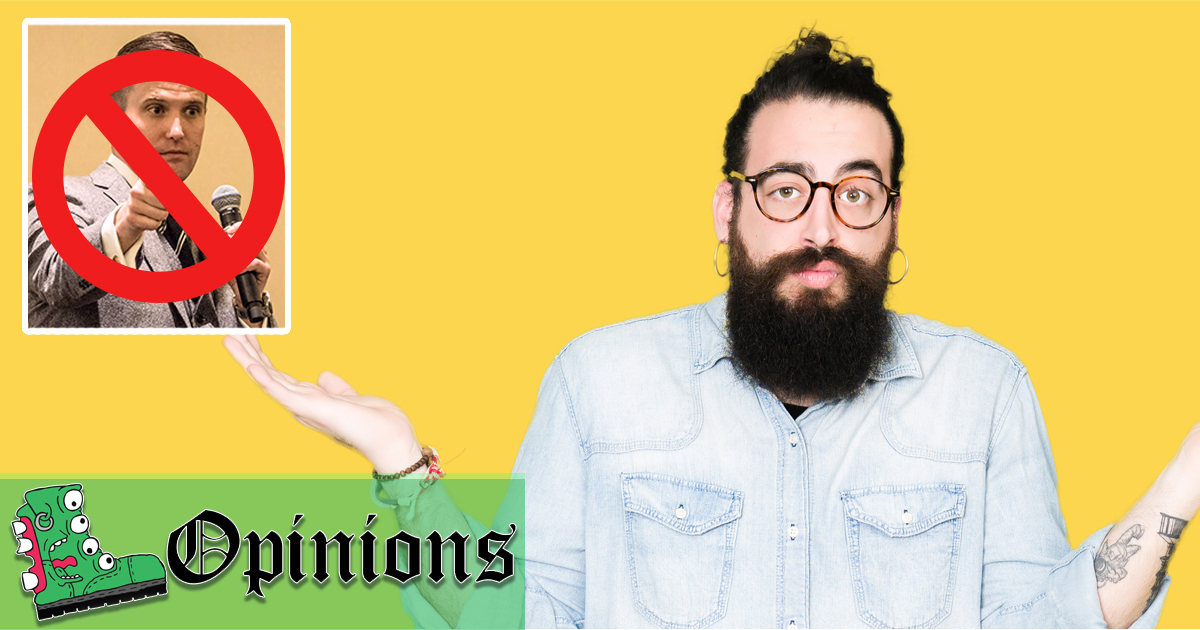 I’m no poser. I love the Dead Kennedys as much as the next punk. However, I wholeheartedly believe there are better ways to express your disdain for Nazis than to keep referencing their song “Nazi Punks Fuck Off!” I see it posted online, written on signs at protests, and pretty much every context you could imagine. Don’t get me wrong. It’s a great song and sentiment but, and this might just be me, I think Nazis who aren’t punks should also fuck off.

That specific song was about a specific subset of Nazis. There are still a ton of Nazis who identify as metalheads. Why exclude them? I’m pretty sure Richard Spencer isn’t a punk. Dude probably listens to some Nazi jazz or something. I don’t know. Either way, he sucks and I think we should acknowledge that there is a larger spectrum of Nazis who deserve the same amount of hate as the punks.

A lot of people might not know this but regular Nazis were arguably more dangerous than Nazi punks. They invaded countries, murdered millions and were around before punk even started. Even Hitler, the worst person in history, had ties to them and that’s saying something. Skrewdriver is bad and I’m glad Ian Stuart is dead but it’s important to show that same sentiment towards the lesser knowns.