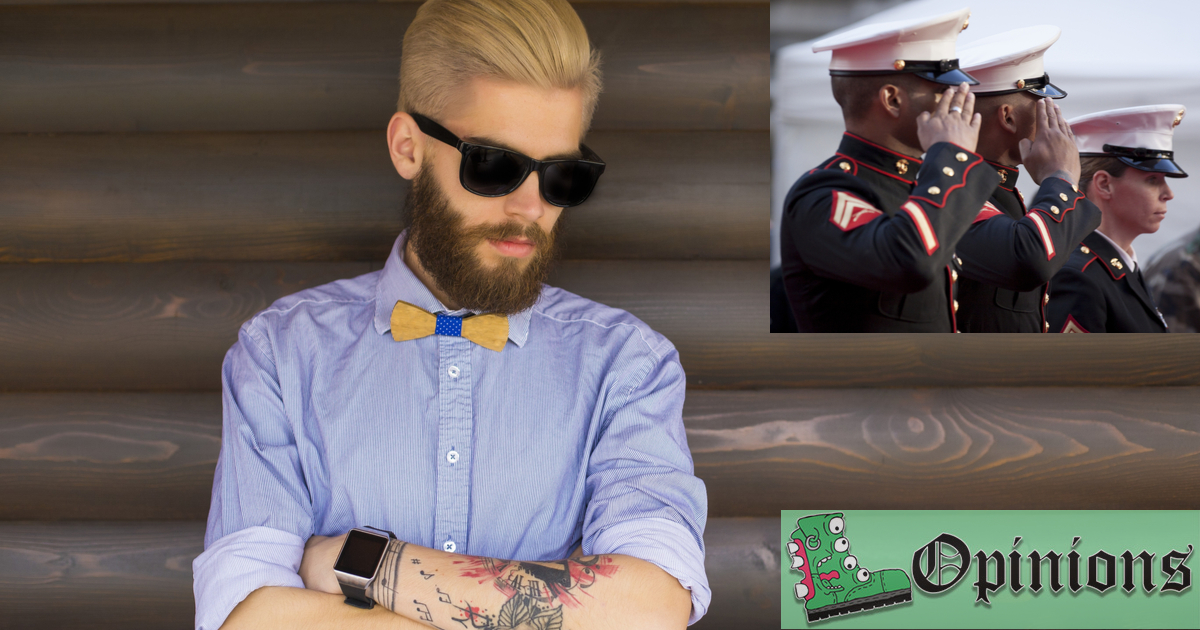 All day long I hear people whining about supporting the troops. I can’t even go to an event like a Blue Angels airshow or a USO tour stop without being bombarded by military propaganda. Well, I’ll tell ya what. I’ll start supporting the troops when they support something of mine. Namely, coming to one of my band’s shows.

I’m not asking for much. I’m not asking for anyone to, I dunno, sign their life away to an institution built on false promises. I’m just asking for the troops to come support my music for one night. And yes, the term “music” and the drink specials on the flyer may count as false promises, but if anyone understands you mustn’t hate the player, but instead hate the game, it’s the United States military.

Hell, the first drink will be on me! I’m sure the bar will provide enough drink tickets for a battalion or two.

It’ll be cool. You guys come out and support me and then I’ll spend the rest of my life supporting you guys. I’ll take my hat off for the anthem. I’ll hang a sign in my yard. Hell, I’ll even learn how to fold a flag in that whacky way you guys do when one of you dies. Total respect over here. As long as you come to my show.

But I know you’ll never do that. The troops have never once deployed anywhere I wanted them to. I’ve spent most of my adult life protesting their actions. If I’m being honest, now that I think about it, it’s probably not their choice where they go or what they do. That’s kinda sad. I should write my congressperson and ask them to tell the troops to come to my show. That’s where real change happens.