If Mitch McConnell Is a Turtle, Why Wouldn’t I Feel Bad Seeing Him Get Crushed by an SUV? 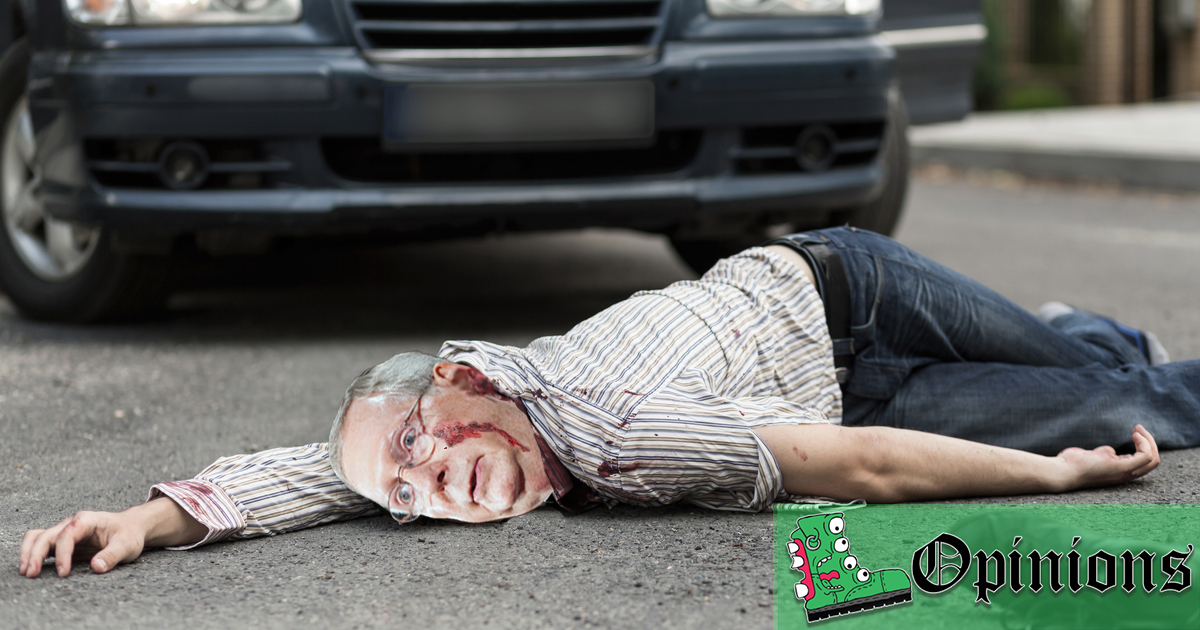 Lately, there has been a lot of buzz about Senate Majority Leader Mitch McConnell somehow resembling a turtle. I personally have trouble comparing the two for one fundamental reason: seeing a turtle get crushed to death by the rugged tires of a 3-ton SUV would make me feel awful, but seeing it happen to Mitch McConnell wouldn’t even make me flinch.

At first glance, that’s an understandable assessment. But take a closer look at a turtle, and you’ll realize how dreadful it would be to see its delicate body get pulverized into a pancake of bone and viscera. However, thinking about the same thing happening to Kentucky’s senior senator isn’t bad at all. In fact, it’s kind of fun.

Let’s talk about the body. A turtle is a quadrupedal reptile with a protective shell, and Mitch McConnell is a rotting skin-sack of craven depravity. Seeing either get mowed to oblivion by a diesel-fueled deathwagon would be objectively gruesome, but somehow it wouldn’t be upsetting in the slightest to see it happen to the latter.

Next, there is a turtle’s face, which is inquisitive and sweet. I look at a turtle’s face and think, “Gosh, it would be terrible if this little guy were to be splattered beyond recognition by the wheels of a Land Rover.” But when I look at Mitch McConnell’s face, I find myself actively hoping a large vehicle with bad fuel economy paints an entire city block with his insides.

Finally, and most importantly, a turtle serves a purpose within its ecosystem that is beneficial to its environment, while Mitch McConnell is an evil incubus whose only function is to do as much harm to disenfranchised people as possible. Ramming an SUV into one could disrupt the flow of nature, while doing it to the other could literally save millions of lives. See the difference?

Really the SUV test is just one of many thought experiments that highlight the difference between McConnell and the noble turtle. Let’s say you mutated a teenage turtle. Your first impulse would be to feed it pizza and teach it ninjitsu because it’s a cool dude. If someone mutated Mitch McConnell as a teenager, your first impulse would be to invent the SUV and run him over with it.

If you don’t believe me, try doing the experiment yourself! You can find a life-like turtle doll on amazon and Mith McConnell lives in Kentucky.