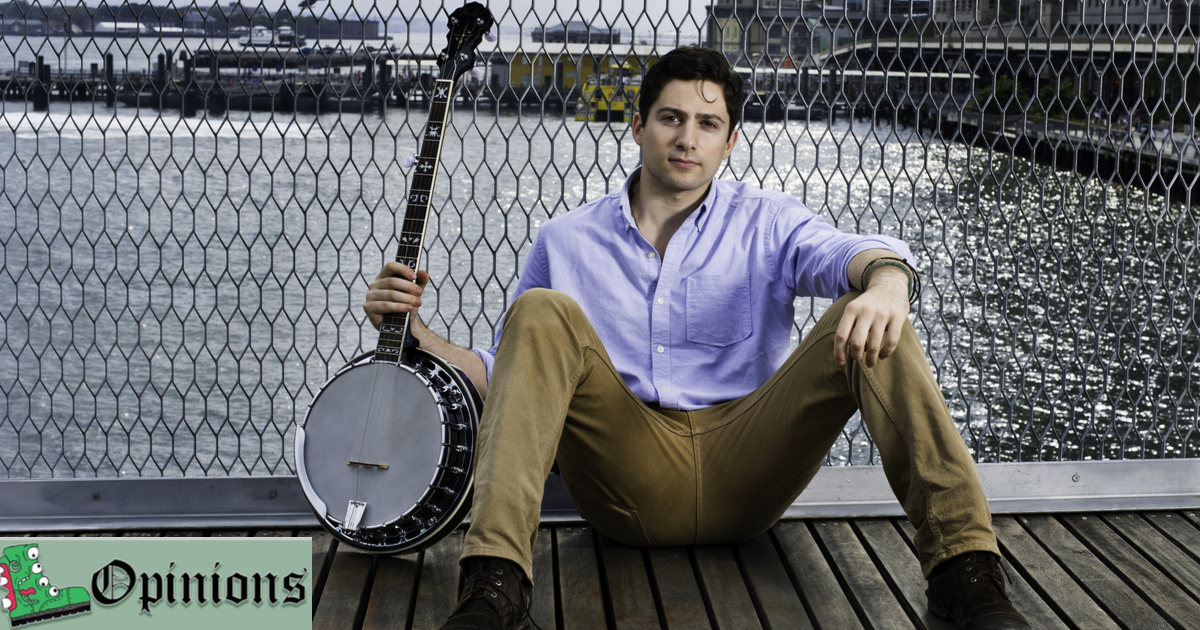 Government oppression has tightened its grip on our nation. The signs pointing to fascism’s rise have never loomed greater. The Trump administration, with their unscrupulous Trojan horsing of authoritarian rule, systemic oppression, and emboldened white supremacy, are the harbingers of a fascist turn for the future of our nation.

And I will defeat this fascist evil once and for all just as soon as I find a sharpie to write some cool anti-authority phrases on this banjo.

In our hardest, most hopeless times I take solace in folk music and its comforting reminders that despite our collective darkness, there are still human beings out there fighting for truth, humanity, and goodness. Take this one folk singer Willow. She started playing my open mic recently, and is super cool, super hot, and plays this banjo that reads “This Machine Eats The Rich.” She and I have been vibing a little even though she’s with this lanky creep named Horace. I plan to change Willow’s relationship status along with this entire fascist nation, just as soon as I find a goddamn sharpie.

I’m thinking something like, “This Machine Resists.” Is that too much like Willow’s? Or is that okay because they’re both a play on Woody Guthrie’s classic “This Machine Kills Fascists?” Either way, we speak alt-right neo Nazis are tightening their grip on America faster than Horace’s grip on Willow’s heart and I need to act NOW.

Seriously, I’ll take a crayon at this point.

If I’m out there just playing a blank banjo, what am I even doing? It an empty gesture. I need something to let people know I’m a fascist fighter. A fasc…fighter? A fasc…ter? I need them to know I’m anti-fascist but I guess there’s just no way to shorten that without sounding like an asshole.

But, I swear to you, by next Wednesday’s open mic at Bluebeard Coffee Shop (7 pm-10 pm), I’ll have learned some Pete Seeger tunes (I think he was Bob’s dad) and, by our tatted banjos combined, Willow and I shall overcome, hand in hand.

Now, before I go fight for our freedom let me ask again, do you have a Sharpie? This is a pawn shop. You have eight banjos up on the wall but no working Sharpies? Capitalist swine.

This pawn shop, Horace, and all you fascists are going down just as soon as I find a Walmart.