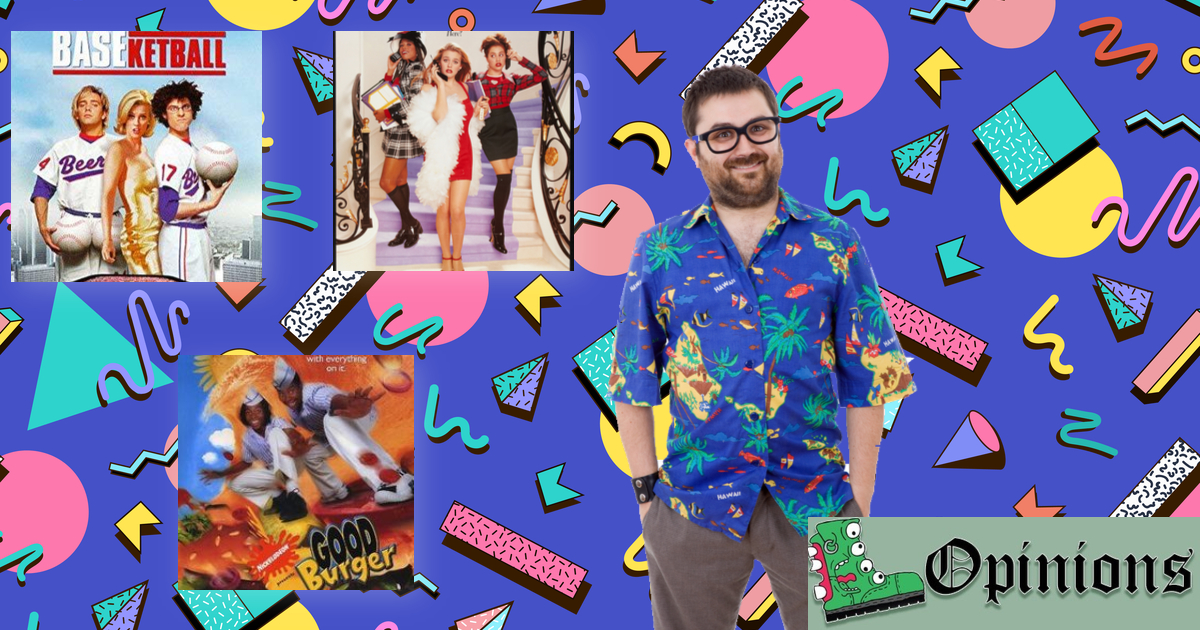 We can all agree that ska is the worst, right? I mean it’s just kinda silly. All the off-beat guitar, trumpets and trombones, absurd lyrics, and let’s not forget “skanking,” which is somehow both dorky and problematic. However, I can’t help but feel some nostalgia towards the pseudo-reggae genre as it fit so perfectly in all of the ’90s comedies I enjoyed when I was in high school. And still enjoy today. And listen to the soundtracks when I’m bored. Or just feel like dancing. Whatever, ska sucks. Except for in these movies:

We can’t talk about great ’90s comedies without mentioning BASEketball. This hilarious backyard sports romp starring Trey Parker and Matt Stone is like one long Reel Big Fish music video. With a couple of peppy ditties like “Beer” and a cover of A-ha’s “Take On Me,” it really made me feel like one of the guys. Just drinking beers, gaining adoration from beautiful women who are way out of your league, and the insatiable need to yell, “Steeeeve Perry!” at random strangers on the street. Even though ska music is pretty lame, the grand traditions and cultures of ska are perfectly preserved in this film.

If we only talk about one ska band whose contribution left an indelible mark on the ’90s comedy genre, it would be Goldfinger. Their fun brand of ska punk worked perfectly in movies like American Pie, The Waterboy, Dead Man On Campus, Meet The Deedles, and Kingpin. After watching these classics in a row, it would be difficult to not start checkering my Vans with a sharpie if I didn’t already do that on a weekly basis.

And, yes, I know The Mighty Mighty Bosstones had a major role in Clueless but they slap regardless of context.

So I guess ska isn’t so bad after all. The whimsical genre contributed so much to my personality and sense of humor during those awkward, yet endearing teenage high school years. Jesus, sorry. I got lost in a cloud of teenage nostalgia there for a moment. Ska is the worst and shouldn’t be celebrated. Does anybody know how to get sharpie out of shoes?