But I Swim So Much Better When I Have Active Diarrhea 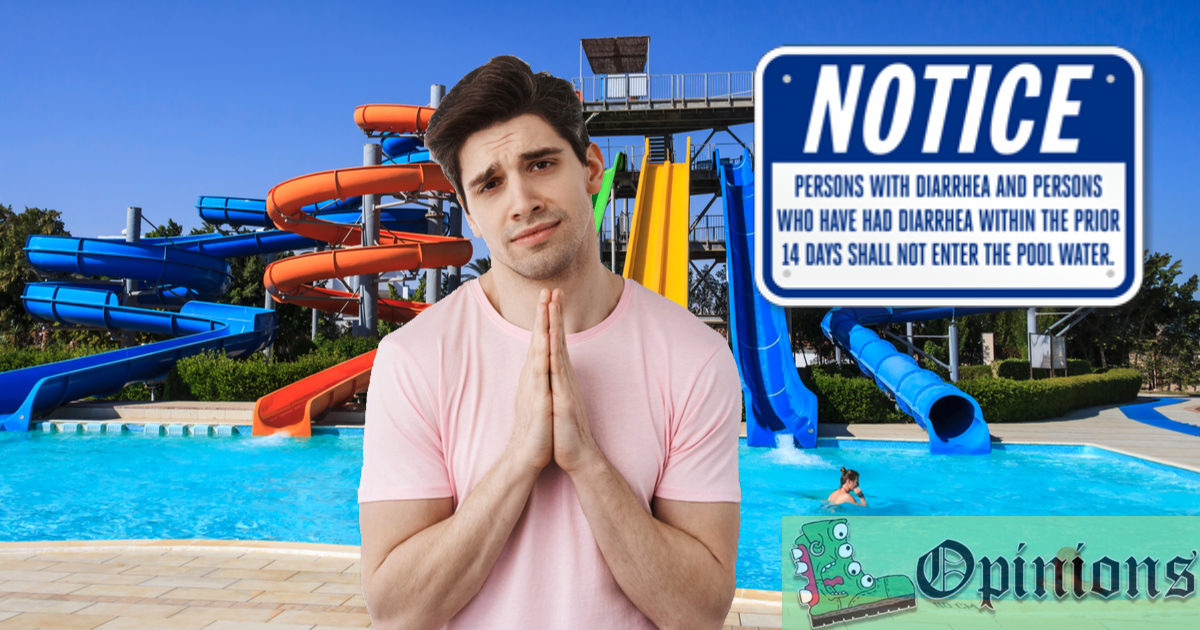 The greatest innovations in the world are seldom gradual. They surprise us. Even shock us. Well, I harnessed the power to control my active diarrhea at will, giving myself a boost of speed while underwater. That’s why I’m calling bullshit on outdated and unjust pool rules. How dare you tell me to stay out of the pool when I have active diarrhea. That’s when I do my best swimming!

By asking me not to be in the pool while I have diarrhea, you are asking an athlete not to perform at their peak. In the ’90s would you have told Michael Jordan to stop winning championships? No! Now let me, the Michael Jordan of poo-propulsion, get in the pool!

Oh, I get it. You just don’t believe me. Fine. Allow me to explain my innovation using science.

Newton’s laws of motion tell us that when you push a heavy box, you are also being pushed back by the box with an equal and opposite force. This phenomenon is known as the conservation of momentum and the same physics are at play here. As the diarrhea is shot out at a high velocity, the rest of my body is propelled forward, thereby keeping the system’s total momentum constant.

Or maybe you think this makes me a cheater. Look, I’m not competing in the Olympics here. I just want to poop-shoop my way around the deep end for a while.

Well, if I still haven’t convinced you then maybe this quote from 23-time Olympic Gold Medalist Michael Phelps will do it. “If you want to be the best, you have to do things that other people aren’t willing to do.”

I couldn’t agree more, Michael. See you in the pool, brother.