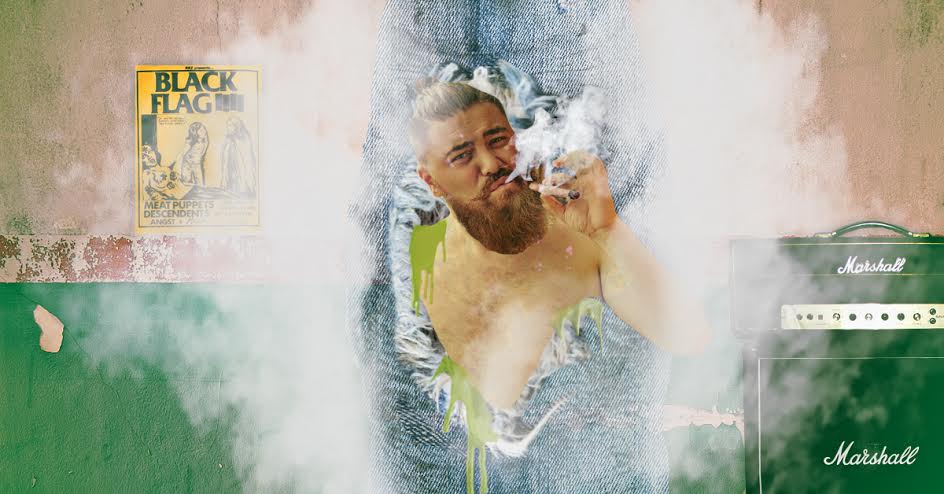 MOLINE, Ill. — Former Know Your Role frontman Jay Briles finally reunited with the rest of his band late last night, months after the appearance of a strange denim cocoon in the band’s old practice space. According to sources close to the band, Briles emerged from the mysterious mass a fully formed, bearded alt-country artist.

“We heard this rustling sound, and then this clanking noise… and there he was,” guitarist Sarah Mosley said. “Easily 15 pounds heavier, long-haired and bearded on a pile of empty PBR cans, in faded bell bottoms and a flannel shirt with a harmonica around his neck.”

Know Your Role disbanded soon after Briles’ disappearance, but remaining members still got together periodically to try to find a new direction. Bassist Chad Reed was among the first to notice the denim cocoon.

“There was this smell… and I couldn’t ever place my finger on it. It was like leather, faint gasoline, and whiskey — it started out earthy, and ended up smelling like the acoustic wall at Guitar Center. Toward the end, it just got out of hand,” said Reed. “I was super excited to see Jay when he finally burst out, but he immediately pressed us to start writing more folksy music, and then asked about adding a fiddle and a pedal steel [guitar] to the band.”

Dr. Jim Ball, a lepidopterist at Iowa State University, believes Briles’ transformation is normal. “You see these patterns of change typically start on the Atlantic or Pacific coasts. They move in waves, migrating to center locations like the midwest months or years after an initial hatching elsewhere,” Dr. Ball explained. “The transformation from hardcore kid to alt-country artist normally begins in the late 20s and is fully complete by age 32, often helped by exposure to Hank Williams III.”

“I was taken aback at first. He kept calling us Slim, Hoss, and Red Dog,” said Mosley. “Then he asked about the last time we got an oil change for the van and just starting wrenching on the thing himself. So strange — Jay never liked to get his hands dirty. He wouldn’t even help load gear in or out.”

The band, reformed as Downriver Whistler, plans to record a full-length album in a log cabin studio as soon as Briles finishes building the cabin.