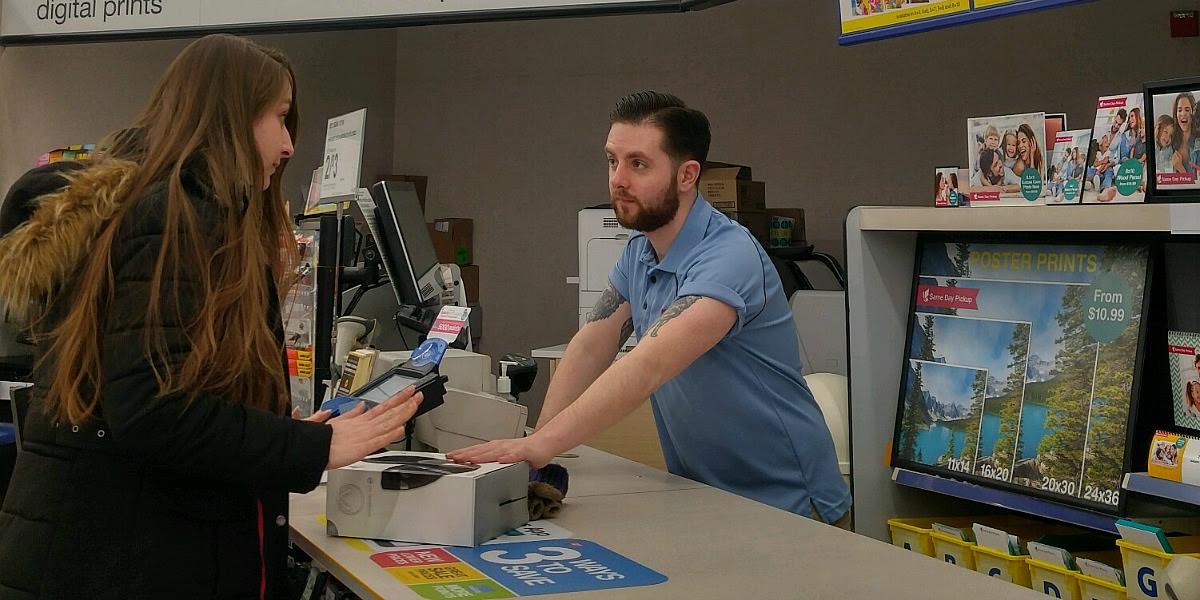 LITTLE ROCK, Ark. — An attempt to return an item without a receipt ended unsuccessfully for one woman earlier today, thanks to the tattooed clerk acting in a decidedly “un-punk” manner regarding the store’s return policy, a source confirmed.

Sherry Soto, who ventured to the University Ave. CVS location to return a pair of unwanted Coby headphones, assumed she “hit the fucking jackpot” with the “skate punk-looking” clerk, later identified as 22-year-old Jeff Giblin.

“I knew I had a disadvantage because of the receipt thing, but then I saw this tattooed kid in Etnies walk up and open his register, and I was just like, ‘Hell yes.’ This dude definitely isn’t trying to support big business,” Soto said.

After informing Giblin she lost the receipt from the purchase made only two weeks earlier, Soto was reportedly sorely disappointed to learn Giblin was a “fucking corporate sheep,” refusing to provide a refund after all.

“So much for ‘scene unity,’ I guess. Fucking poser,” an incredulous Soto was overheard saying. She later added, “Can you believe that shit? He even had his manager come explain the return policy, and the little snot-nosed twerp just sat there, nodding his head. He wouldn’t even give me store credit!”

Giblin, a part-time cashier/clerk at the drug store chain, had little time left on his 15-minute break to answer questions regarding the incident.

“I pick up hours here after classes,” he said. “I’m hoping to get transferred to the pharmacy inside the Target over on Chenal, though. They sell pizza in that Target, and it always smells like popcorn.”

Giblin quickly added that “dealing with crazies” is just part of working in retail, though some are worse than others.

“Yeah, I remember her. She got really mad about the return policy and started yelling about DIY and loyalty, or something,” he said. “I don’t know what that was all about, but if you don’t have your receipt, I can’t scan the barcode. I don’t care how many ExtraCare points you have.”

Soto, who has since implemented a boycott against the chain, confirmed she will be taking her business to the Walgreens by her house, “Where they value a little thing called ‘community.’”