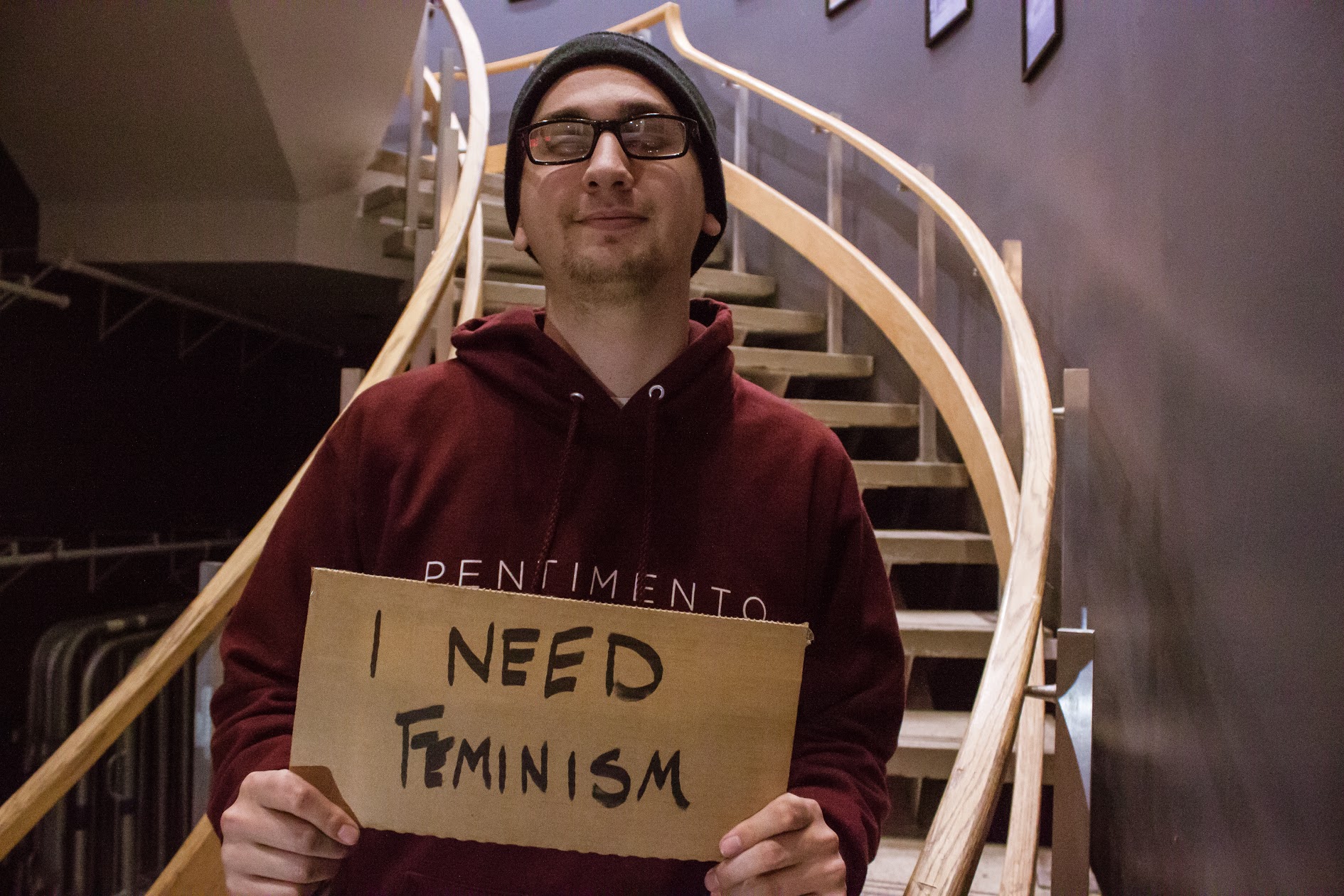 PORTLAND, Ore. — Self-described feminist and all-women’s art collective manager Aaron Fanning is definitely hiding something, according to reports of “consistent” and “creepy” vibes about the outspoken advocate.

“This is pretty easy to boil down. Do you remember in elementary school, when the smelly kid would blame you whenever they farted?” asked local artist Danielle Mendoza. “It’s a classic case of, ‘He who smelt it, dealt it,’ applied to feminism. Like, ‘He who runs the safest space is often the least safe.’ But I bet he’s guilty of way worse things than just farting.”

Many women in the Portland arts scene echoed Mendoza’s sentiments.

“One time, [Fanning] offered to walk my friend Jill to her car — literally 35 feet away — at 2 p.m. to ‘ensure her comfort.’ And she was only leaving the space in the first place because he cornered her to explain what ‘gender binary’ means,” said local musician Brianna Senter. “His Bumble profile is just a series of Lindy West quotes. It’s cool to engage, I guess, but I’m suspect of any man who starts and then dominates conversations about feminism. $100 says he has a collection of bras he stole from unsuspecting roommates.”

Fanning’s latest critics also question why a man so understanding of the women’s liberation movement would want to be part of, much less run, a women’s art collective.

“Aaron’s need to insert himself into female spaces is worrying. He blew his lid when he wasn’t allowed in a private Facebook group for women, non-binary, and queer-identifying people,” said activist Ed Suarez. “He kept saying, ‘Until they stop discriminating, they will always be discriminated against.’ It doesn’t even make sense. I’m betting when he worked at that animal shelter, he only killed lady dogs.

Mendoza added that there is no way to know if someone is a “true feminist” by words alone. “You can only tell by someone’s actions,” she said. “But, with Aaron, it’s pretty apparent everything he does is to get laid, and thankfully, everyone in town is too smart to fall for it.”