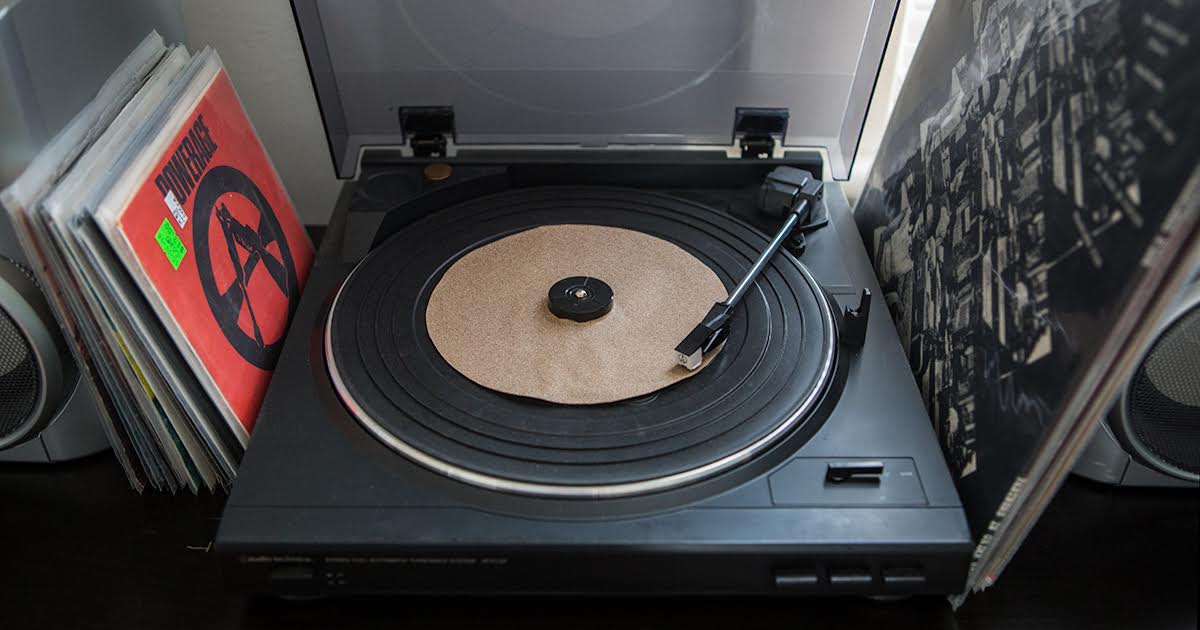 The polarizing album, hailed as “groundbreaking,” “astounding,” “awful,” and “insulting,” is meant for play on a standard turntable at 33⅓ RPM. Antiverb, a collaboration between drummer Hans Lederman and producer Ashleigh Milton, believe their ambitious new release is exactly what the music world needs.

“Critics talk so much about an album’s message, so we wanted to focus on the medium instead,” said Milton. “This is distortion like how the cavemen would have done it. So essential. So real. No musicians to get in the way. At first, our label thought we were crazy, but General Purpose ended up being the cheapest album they’ve ever published, production-wise.”

Fans have mostly had kind words for the release. Harold Zhou, music reviewer for The New York Times, offered glowing praise after receiving an advance copy.

“I have been a champion of noise music for decades. Antiverb’s offering fully realizes the beauty of atonal rhythm and progressive songwriting that drew me to the genre in the first place,” said Zhou. “Also, I was able to use the album to help prep a shelf before staining it.”

Zhou went on to note that playing the record does irreversible damage to a turntable’s needle, a feature Zhou attributed to the band’s ingenuity. “After listening to General Purpose a few times, every other album in my collection sounds like Antiverb remixed it,” he said. “What a triumph!”

The EP has had detractors, however, with some offering scathing criticism. “Maybe #GeneralPurpose would be a cool art installation, but to release it? This is lazy & bad. Am I seriously the only one who sees that??” tweeted one disgruntled fan.

For their part, Antiverb have been very vocal about the importance of the release.

“Any negative opinions about our work need to be taken in full context,” defended Antiverb drummer Lederman, who would not specify his role in this drumless project. “Our use of sandpaper invokes working-class imagery. Can you even imagine sanding the rough edges off a piece of wood? What an antiquated, romantic lifestyle. Some arrogant folks just hate that.”

Pre-sales of General Purpose have exceeded expectations. A second pressing is already underway to keep up with demand, as well as a co-marketing campaign with Black+Decker, which will pair a free copy of the album with the purchase of any electric hand sander.