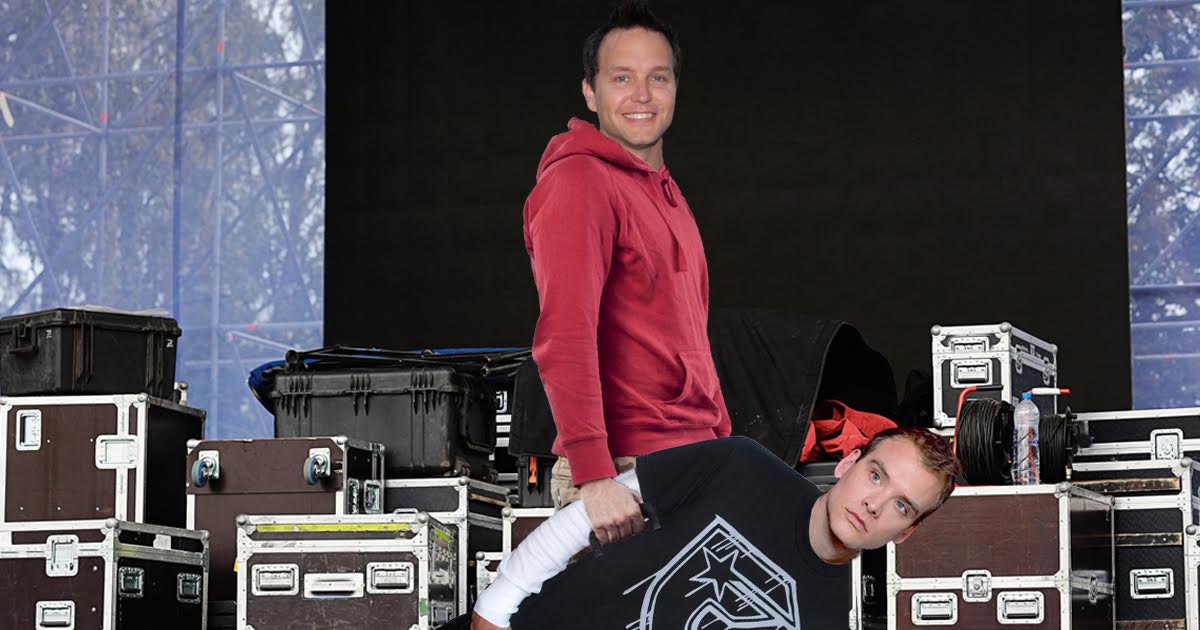 SCOTTSDALE, Ariz. — Blink-182 bassist Mark Hoppus carefully unloaded his bandmate Matt Skiba from a semi-truck last night before a show at the Bird’s Nest, according to fans who lined up early in hopes of getting an autograph.

Hoppus, one of the original members of Blink-182, insists on unloading his new Skiba himself at every stop, report the band’s roadies. Each night, Hoppus delicately pushes the Alkaline Trio frontman, strapped to a handtruck and wrapped in bubble wrap, into the backstage area before the show.

“I usually do the drums, and when I hear Mark yell to ‘clear out,’ I know he’s moving Skiba into the green room,” said longtime Blink-182 roadie Terry Powers. “He always makes the same joke: ‘We got a fragile load coming in!’ Then he stops and laughs to himself, because he said ‘load.’”

“This is a real one-of-a-kind right here, so I don’t trust anyone else taking care of him,” said Hoppus. “We all know what happened to the last guy — it’s probably because he got banged around a bit. Ha! I said ‘bang.’”

“Mark is on some shit with that guitar dude. We gotta keep close wraps on this guy, k’now’m’sayin?” Barker said, air drumming to Soulja Boy while running on a treadmill in his typical pre-show warm-up. “No aliens, no Alex Jones, nunna that craziness. We had a little cash flow problem when the last cat dipped, ya feel me?”

“I honestly don’t know if it makes a difference, but I feel like he plays better when I read some passages from the Satanic Bible,” said Hoppus. “I’ll also show him updates of what the other members of Alkaline Trio are up to, and say, ‘Do you want to go back to this?’ And the answer is always a clear indication of ‘no.’”

As of press time, Hoppus farted on Skiba’s lap before running off, laughing.