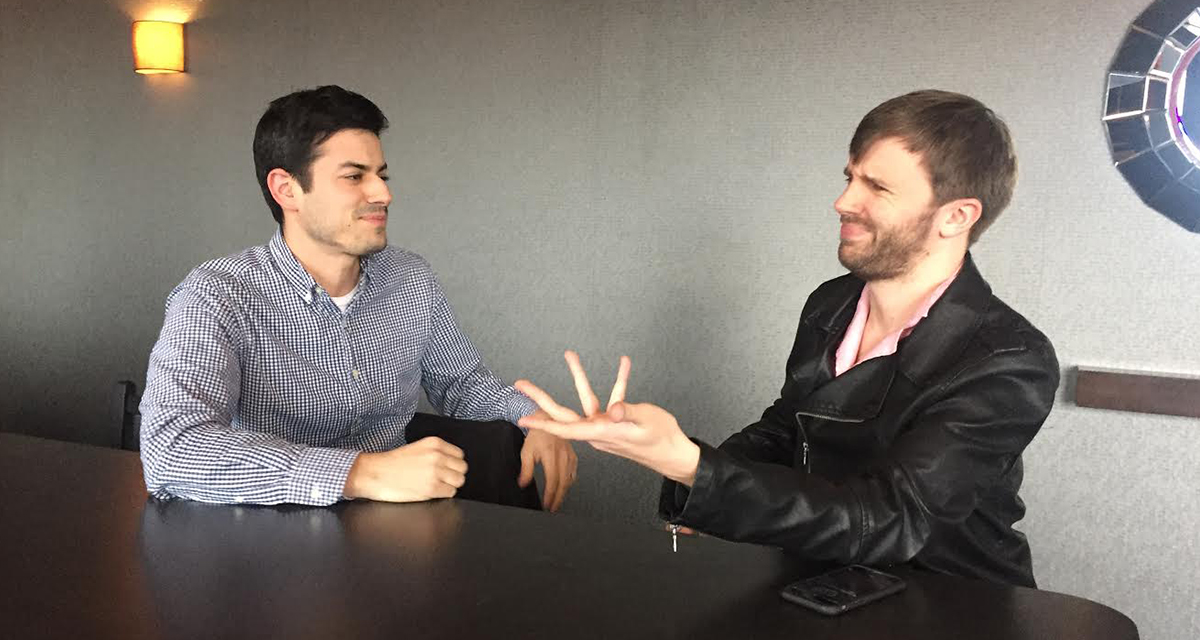 SAN DIEGO – Multiple witnesses report Joseph Lewis, a man armed with only half the facts, engaged in a passioned debate last night about “where punk started” with Matt Harris, a man with absolutely zero facts about the origins of punk music.

The debate, which began as innocent small talk at the bar of a Chula Vista Buffalo Wild Wings, quickly escalated when Harris, who has no idea his knowledge is totally divorced from reality, asserted with absolute sincerity that The Ramones were from Pennsylvania. Lewis then countered by conceding that maybe Dee Dee was from Philly, but definitely not Joey.

The impassioned, rapid fire, and almost totally misinformed argument was later analyzed by bartender/panel expert Lisa Gomes. “Unfuckinbelievable. Look, I’m not going to claim I’m an expert, but the stocky guy [Harris] said over and over that he could trace the roots of punk back through Detroit… to Australia. He went on and on about the late 60’s Sydney scene and how Jonathan Richman had an aunt there who sent him records before he formed The Modern Lovers. It was just epic bullshit. And the other guy [Lewis] was no better.”

“I think Harris lost some points when he asserted that the Sex Pistols released ‘London Calling.’ But he spoke plainly and was so passionate about it you almost wanted to believe him,” said Cindy Mitchell, who was on a third date with Lewis and is also a political commentator. “I really wanted to jump in and tell them the British Mods really laid all the early groundwork and everything, but I just let them blather on like idiots and I watched a basketball game on the big screen.”

The debate raged on for 45 agonizing minutes, ending with the arrival of 24 Teriyaki Wings and Harris admitting, “Listen, I don’t know every little thing about Sham 69, but I can tell you their first album was proto-ska. And I’ll leave it at that.”

As of press time, the two men were overheard passionately arguing over which political party is to blame about the United States current political landscape.