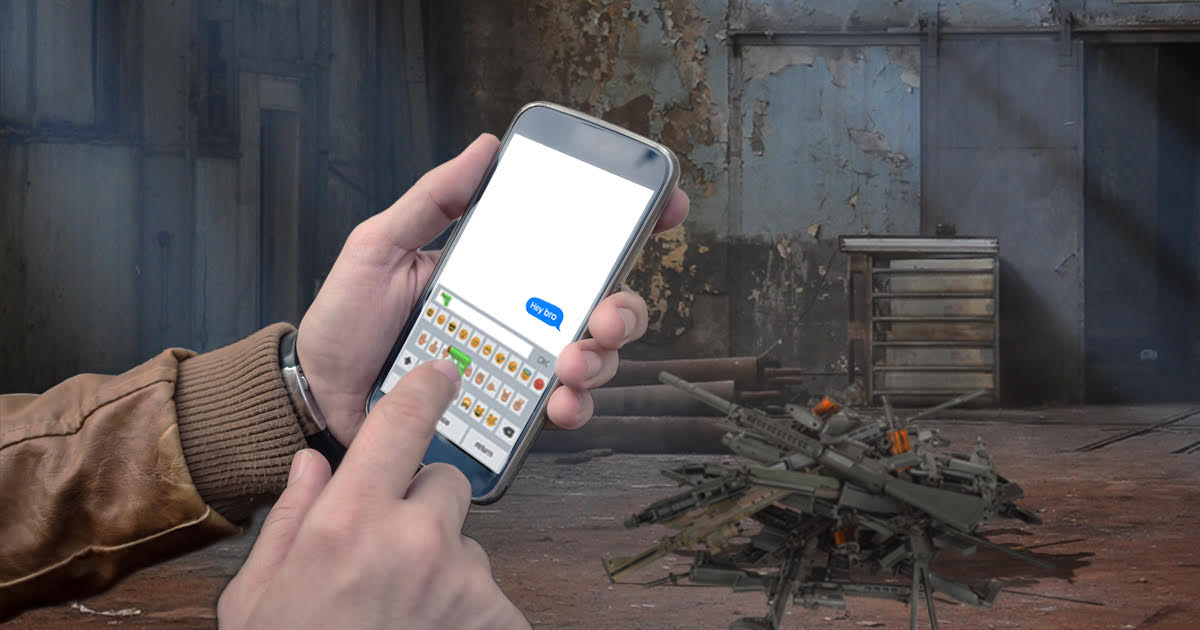 IRVINE, Calif. — Ricky Cox canceled his plans to go on a maniacal killing spree Monday afternoon, according to those close to the would-be gunman, after downloading an iOS update for his iPhone that changed a pistol emoji into a toy water gun, suddenly and without warning.

“I guess it started when I’d scroll through emojis, trying to be cute with my girlfriend or mom or whatever … but I’d see that gun, and I could feel it in my veins. It’d really trigger the rage,” the 33-year-old Cox began. “I’ve got a lot of pent up anger and bad feelings toward a lot of people, and they were gonna know about it.”

After updating his phone, Cox allegedly went to shoot a warning text to his first victim.

“It was supposed to say, ‘Hey bro’ — and then a pistol emoji — ‘20 mins.’ But that water gun just felt so silly. Just moments before, I had every intention of ending a man’s life. But now all I wanted was to wait in the bushes with a Super Soaker for my roommate to come home,” said Cox.

Dallas Anderson, the would-be recipient of the text, who reportedly hadn’t heard from Cox since high school, supported the new emoji.

“If you’re gonna let one of those emojer-whatchamacallits hold you back, then you ain’t got no business killin’,” Anderson said between rounds of Big Buck Hunter. “Hell, where’s ol’ ‘Dicky’ Cox at these days? California? And he’s gonna find my camo-ass down here in South Texas? In 20 minutes? Sure he is. I’ll be waiting for him.”

“Pretty amazing how quickly it all happened. It was like the wild west one day, then they switched over to the water gun overnight, and everyone just seemed to relax,” said Orange County Sheriff Juan Garcia. “We did see a spike in altercations at bars when they changed the peach emoji, though. I think some sexual frustration grew when men could no longer articulate appreciation for a woman’s backside.”

“I guess I was just bored. That gun emoji just made it all seem so easy,” said Cox when questioned about his motives. “I don’t really know. But 33 years of a name for two different innuendos for male genitalia probably didn’t help.”