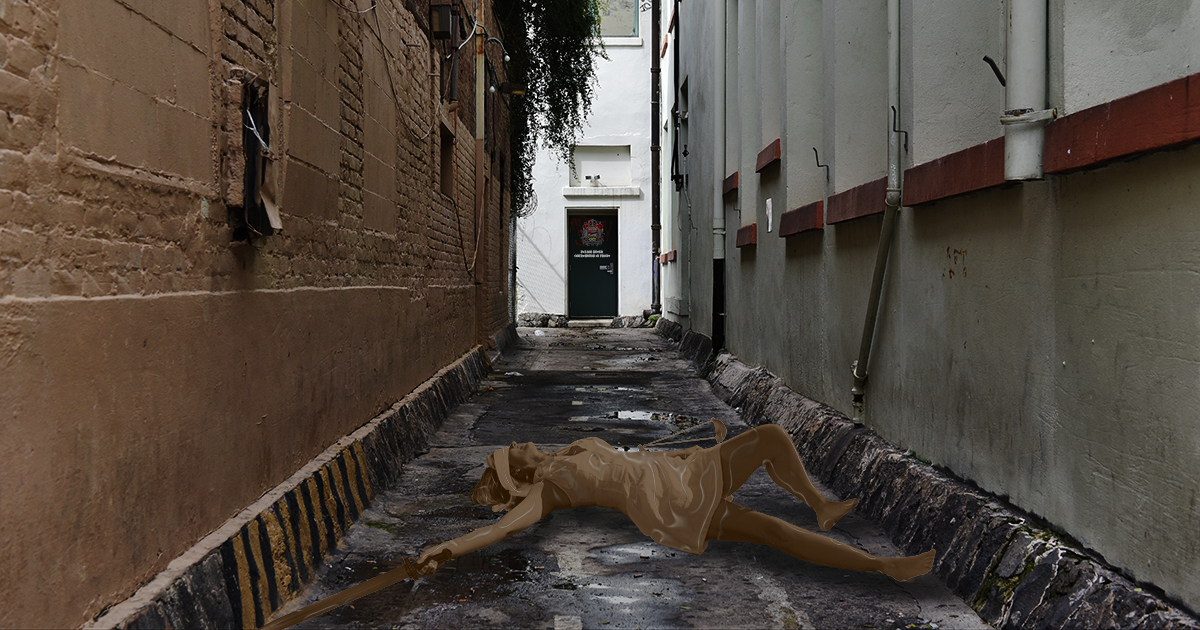 Justice’s body was first photographed by Paparazzo Mike Simms. “She wasn’t really dressed for a professional legal setting,” said Simms, referring to the statue’s impenetrable bronze sheath. “Wearing a blindfold to work? Come on, what did she expect?”

According to an oil portrait of Ruth Bader Ginsburg, a friend of Justice’s, the statue was nervous about being alone with Cosby outside the courthouse, and had asked the Norristown MOMA to send over a few frescoes to keep her company. But Cosby’s lawyers said her credibility on such issues was shot after she changed her story from frescoes to ‘watercolors.’

Cosby’s legal team read a prepared statement in front of the courthouse. “The vilification of my client in the press must stop. If this bronze statue believes she was assaulted by my client, why hasn’t she reported the incident to authorities?” said Martin D. Singer of the Justice, who remains unconscious. “She carries a big bronze sword,” said Singer. “She could have defended herself.”

According to Judge Martha Bronnwin, Lady Justice was absent during the entire duration of the Cosby trial.

Supporters of the iconic comedian have taken to social media to defend their star, saying that perhaps Lady Justice wasn’t drugged, and only “exhausted from constant miscarriages.”