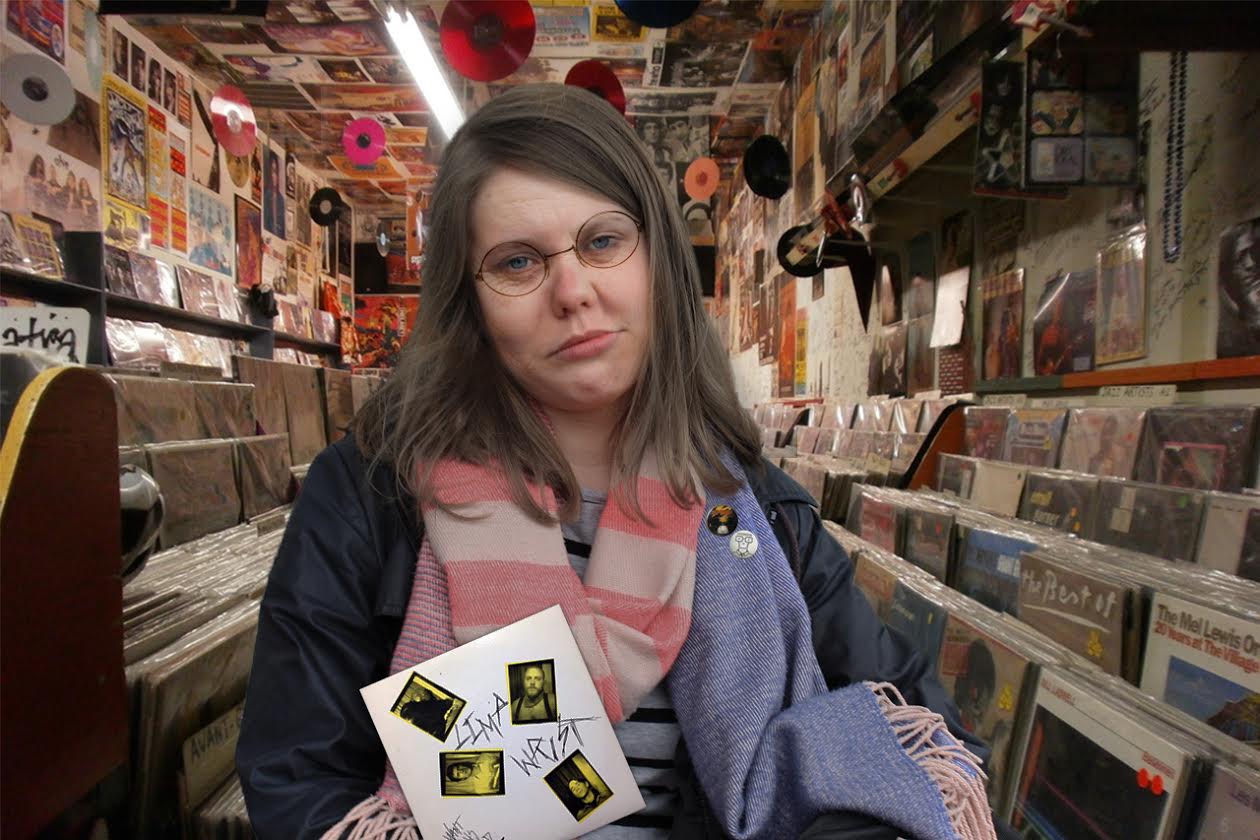 GRAYSON, Ky. — The state of Kentucky is mired in controversy this week after a record store clerk at Divine Vinyl was jailed after refusing to sell records by the queercore band Limp Wrist.

“I cannot sit back and sell this propaganda to impressionable teenagers. The bible clearly states homosexuality has no place in hardcore,” said Schroner from her jail cell. “I have tried to interest kids in more wholesome bands, such as The Fray, blessthefall, or even early Zao releases.”

“Thou shall not slam or be slammed by another man,” Schroner added.

Jason Leaf, a regular at Divine Vinyl, was excited to find a rare copy of Limp Wrist’s “Want Us Dead” EP on blue vinyl, but was shocked when Schroner refused to process the transaction.

“She saw the Limp Wrist EP and just started ranting about how I was going to hell, and saying ‘say hello to Hitler for me’ and all this really bizarre stuff about Katy Perry’s “I Kissed A Girl” being the downfall of human civilization,” said Leaf. “But strangely enough she didn’t have anything to say about The Big Boys record I was buying.”

Schroner’s refusal to sell the records prompted her manager, Gloria Whitehead, to fire Schroner on the spot, citing the store’s three strike policy. “First she wouldn’t sell Gayrilla Biscuits, then it was Black Fag, now this,” said Whitehead. “She says it goes against her views, but I didn’t hire her to impose her views on others. I hired her to help me sell these god damn Casualties reissues before this shithole is replaced with a fucking artisanal cheese shop.”

In an act of protest Schroner refused to leave Divine Vinyl’s stock room, claiming she only answered to god and Donald Trump. Her refusal to leave the premises resulted in the arrival of police who arrested and booked Schroner into the Rowan County jail on trespassing charges.

“Hey listen, Anna is a great lady and stubborn as a dang mule — believe me I know. But hey man, it’s college football season and finally I can watch it in peace. I love you honey come home soon,” said Mr. Schroner from his favorite stool at O’Malley’s Sports Bar.