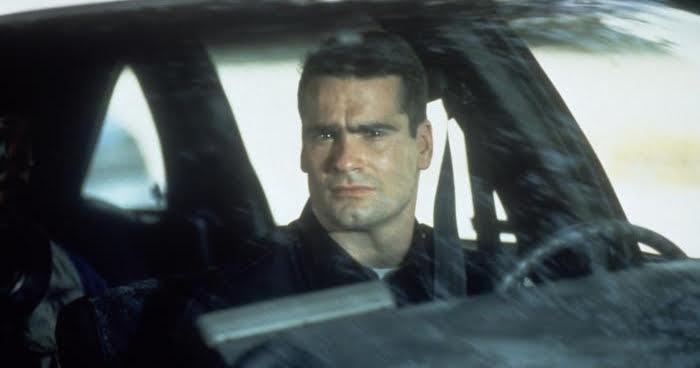 YOUR LIVING ROOM — Punk icon Henry Rollins is slated to appear in an upcoming scene in the decades-old film you decided to watch tonight — and not in a “blink-and-you’ll-miss-it cameo,” sources report, but in an “honest-to-God, real supporting role.”

“I love acting, but I’m a guy who does my best work when nobody expects it,” said Rollins. “I aim for the kind of performance that makes you say, ‘is… is that Henry Rollins?’ If you pause the movie to go check IMDB, I’ve done my job.” Rollins then promised to deliver just that when he appears on-screen before you in a few moments.

The film, which sources maintain you chose to watch after saying, “Hey, I haven’t thought about that movie in forever,” did not advertise its employment of the former Black Flag singer whatsoever. A timeline confirms Rollins is scheduled to make his first on-screen appearance deep into the film, certain to take you out of the movie during critical plot points.

The legendary rocker insisted his role was the culmination of years of hard work. “My acting career really took off when I crashed the set of Silence of the Lambs,” said Rollins. “It’s a long story. Basically, one of the producers gave me his card after watching me put Anthony Hopkins in a headlock. The rest is history.”

Despite your reservations towards Rollins as an actor, many inside Hollywood applaud the punk rocker for his acting chops.

“We love working with Henry. He’s always so funny on set, and can just talk for hours and hours about Lord knows what,” said longtime casting director Tristan Bordeaux. “He’s the perfect actor for casting someone distinctive, tough, and significantly less expensive than Ed Harris.”

Following a quick glance at his filmography, you were surprised to learn Rollins also appeared in studio films like Jack Frost, The Chase, and Johnny Mnemonic, playing characters spanning the range of “beefy hockey coach,” “beefy cop,” and “beefy computer doctor guy.”

“My favorite performance so far,” said Rollins, “was teaming up fellow musician Marilyn Manson on David Lynch’s Lost Highway. We worked really hard together to just completely distract you from an otherwise engrossing psychological thriller.”

At press time, Henry Rollins is now just minutes away. Experts advise — in the event you are unable to handle spotting the chiseled frontman — to take a break, drink a glass of water, and repeatedly remind yourself, “I like this more than Ice-T.”