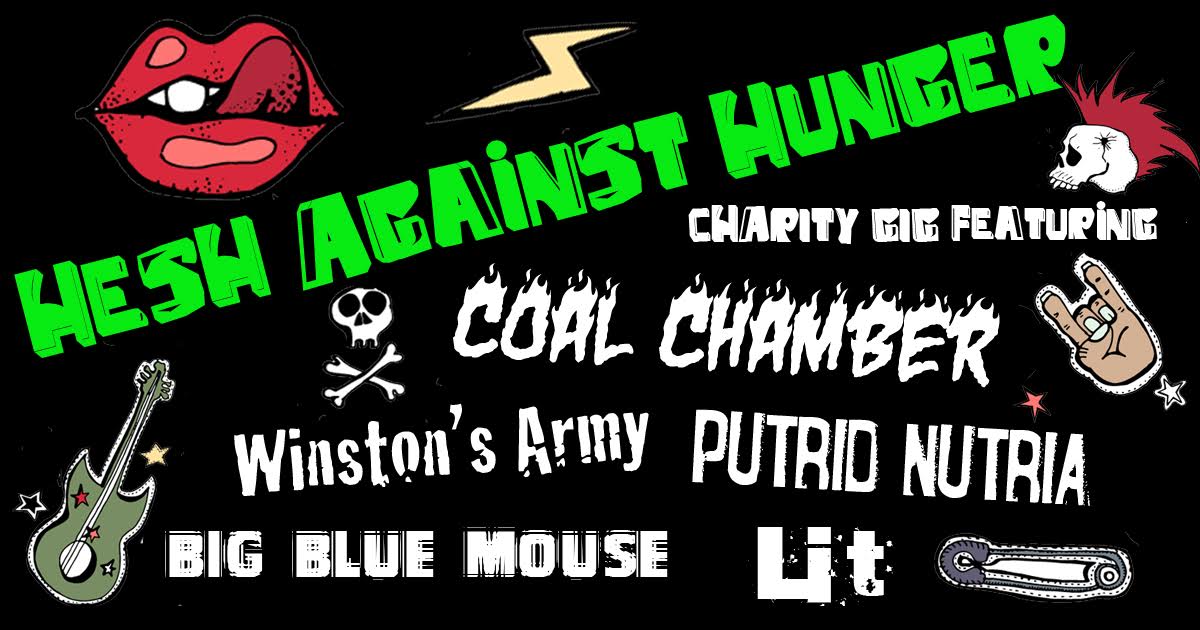 VENETA, Ore. — Attendees of the Hesh Against Hunger fundraiser experienced a mix of feelings between charitable accomplishment and insatiable guilt, thanks to the three-day benefit’s unparalleled dedication to social justice and shitty bands, according to exit polls from the event.

“My homeless cousin raised three kids by herself after her husband died of cancer, so I totally want to help out the food banks … but I’m really torn between feeding the needy, and not supporting Putrid Nutria,” said showgoer Jim Hilstead. “I must have donated a year’s worth of hot dogs, but I’m pretty sure most of them went to the shitheads in Winston’s Army. I don’t know how I feel about that.”

Witnesses report many of the area’s economically disenfranchised and marginalized residents shared their stories of loss and triumph between live performances by forgettable, mediocre acts. Concertgoers expressed simultaneous gratitude and contempt when the Saturday night headliner, Coal Chamber, addressed the crowd by saying, “We’d like to thank everyone who came out to support. I know I’m not gonna be hungry after that gyro we got from the cart by the merch booth! Now, who recognizes this one from that show Leverage?”

Local activist and women’s shelter director Tina McDowell claimed she spent two and a half days coordinating volunteers while trying to ignore covers of ’80s classics and terrible one-hit wonders. “It’s surreal, being told by the lead singer of Lit to donate to the mission store — because that’s exactly what I did with their CD in 2004,” said McDowell. “Next year, we expect to be able to double our donations by featuring a lineup people might actually enjoy.”

Donors did report that, ultimately, they were proud to contribute their hard-earned cash to help those in need. But some were skeptical of the distribution of compensation for bands on the bill.

“I really hope none of that fucking cover charge went to the douchebags in Big Blue Mouse,” an anonymous attendee muttered while unloading toothpaste and feminine hygiene products into a plastic bin. “Their bassist still owes our bar for breaking our P.A.”