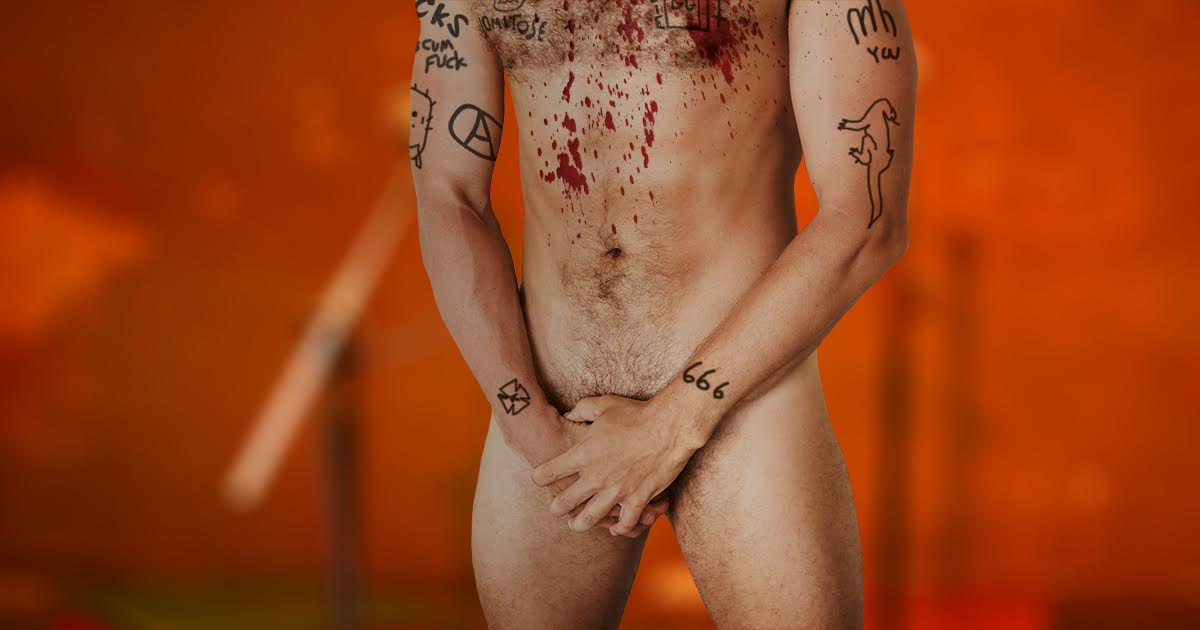 While McGowan’s overall portrayal of the late punk rocker received generally positive reviews, the fact that his “ding-dong wasn’t the size of a halved grape” reportedly hindered the sense of reality for many fans.

“Don’t get me wrong — the guy had GG down,” said music buff Alan Dunn, who’d traveled from San Diego for the show. “He rubbed feces on himself, he used the N-word. I even got hit in the face with a bloody beer bottle. But when he got naked… well, I guess seeing he wasn’t hung like a baby acorn kinda ruined it for me.”

McGowan, who previously impersonated Elvis Presley, Frank Sinatra and Garth Brooks, claimed he pays “exquisite” attention to detail when developing an impersonation. But even he admitted there are limitations to what he can do.

“I knew going in I’m larger down there than GG was. I mean, obviously. Pretty much every human male on Earth is,” said McGowan while giving himself a crude stick-and-poke tattoo of an upside-down cross. “I’ve been trying everything to make it smaller. I take an ice bath before going onstage. I tried folding it over and pinching it with rubber bands. But nothing works, and people notice.”

Despite the biological differences, McGowan is hoping fans can look past his physical limits and embrace the substance of the performance.

“Honestly, I thought GG’s fans would be impressed by the stuff I got right,” said McGowan. “I shoved a microphone up my anus, unleashed an ungodly torrent of diarrhea onto it, then fellated it — I thought that’d be enough to forgive the fact that my wang is larger than one third of a baby carrot. Apparently not.”

Despite the mixed reviews, Assface guitarist Terry Reynolds remained optimistic about the future of the project.

“I think fans will give it another chance,” said Reynolds. “Honestly, I’ll be happy as long as we make it through the end of October. Kevin’s been saying he’s going to commit suicide onstage, but if he’s true to form he won’t do it.”