Father John Misty Cancels Concert After Disappearing into Own Asshole 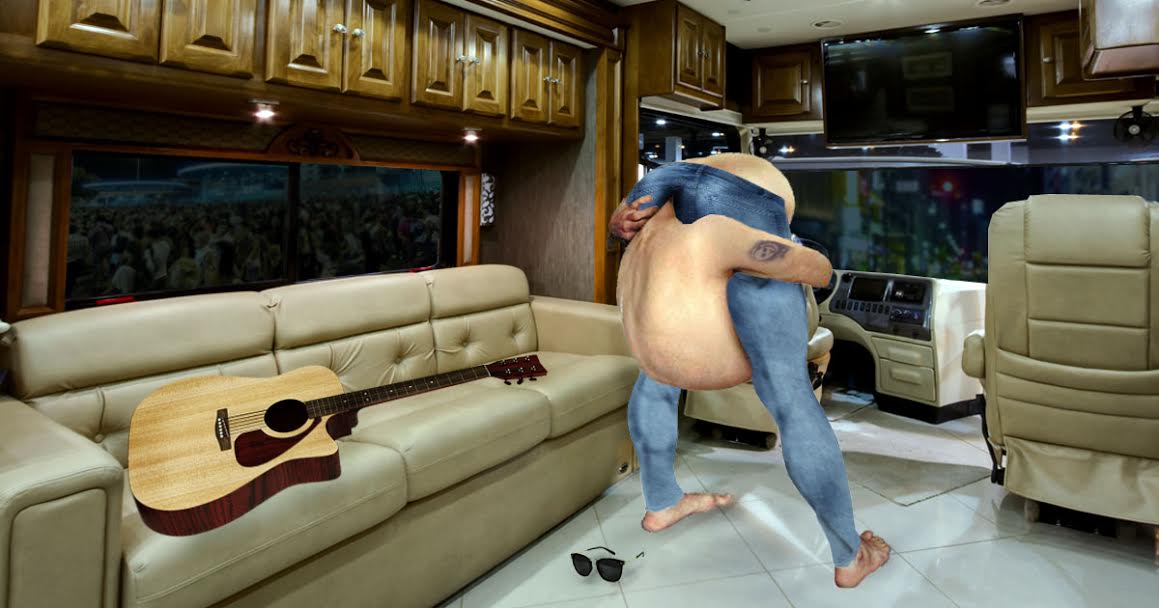 SEATTLE — A scheduled performance by Father John Misty was canceled last night after the singer began a long rant which culminated with him disappearing up his own asshole, disgusted, but unsurprised sources confirmed.

“It was a nightmare. He was rambling on about how his fans are supporting commercialized pop music when his upper body wretched forward, went down between his legs, and his forehead slowly started entering his own anus,” said tour bus driver Hutch Erikson. “As soon as his entire head got in there, I’d seen enough. I got off the bus and threw up outside.”

Throughout the incredible feat of arrogance, some members of the backing band tried in vain to pull Father John Misty out of his own asshole before it was too late.

“I just kept pulling and pulling, but it was like his butthole was a black hole and his head had finally passed the event horizon,” said drummer Pete Lazlow. “No matter how hard we tried to coax him out by reading his own interviews back to him, he seemed content to just hang out there.”

Some would-be attendees of the show were surprised by the cancellation.

“This is exactly what I would have expected to see on stage during the show — it’s half the reason I bought a ticket,” said longtime fan Carla Dowd. “I had never seen him live before, but I heard he once dislocated his shoulder on stage from patting himself on the back, and another time passed out due to lack of oxygen while laughing at his own jokes.”

Fans who have followed the musician for years, however, expected the disruption.

“We all know the risks of buying a ticket to see Father John Misty,” said fan Alex Rico, who has seen the prolific Stereogum commenter five times, three of which reportedly resulted in Misty stopping the show early because he felt people were not applauding him enough. “I’m just sad I didn’t get to see his encore. Last time, he sat on a stool and posted snarky comments on Katy Perry Youtube videos for 20 minutes.”