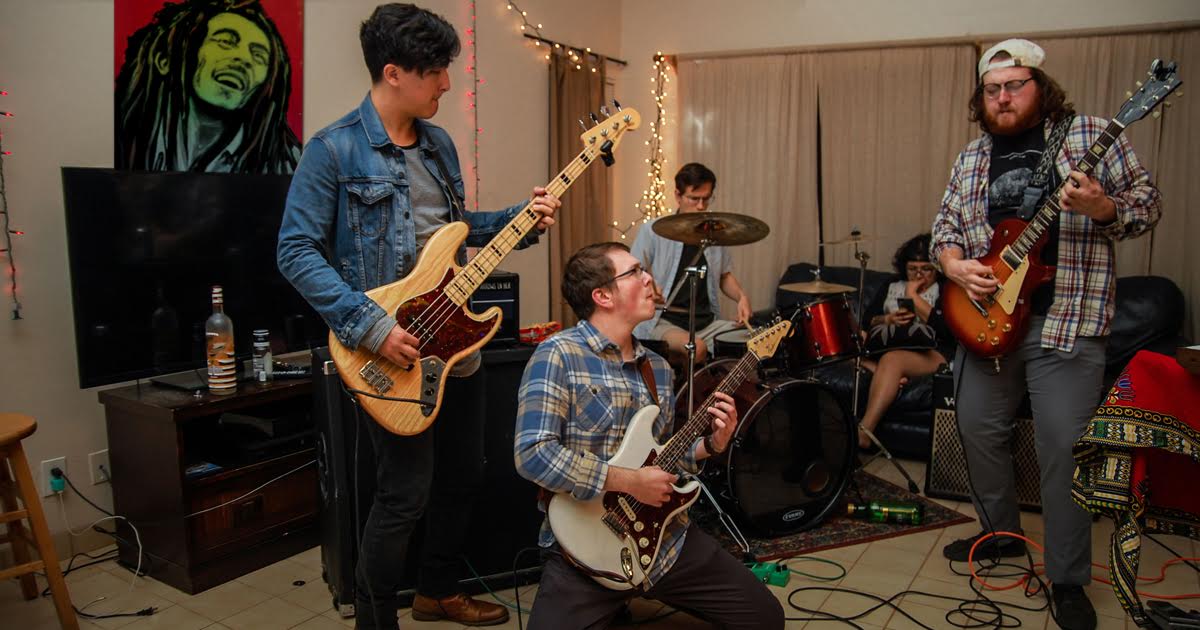 NEWARK, N.J. — Months of hard work finally paid off for indie rock band Helsinki after locking into a musical performance almost as epic as their impending student loan payments, according to sources gathered at an off-campus rehearsal space.

“This was a practice session we’re going to remember for a long time,” said drummer Carson Edwards. “Those riffs were as heavy as the soul-crushing debt we’re all trapped under for the next 25 years,” he added, glancing at his phone to see he was rejected for loan consolidation.

The band, nailing song after song, portrayed an attitude of reckless abandon for only the second time in their lives — the first of which was just two years earlier, when they collectively took out over $250,000 of loans for Bachelor’s degrees in English.

“I was just completely in the zone — it was like I was in another world. A world that hopefully doesn’t put kids right out of high school into life-long debt, of which there is little hope of ever recovering,” said bass player Ben Thomas, his face contorting as he remembered how financially fucked he would be once his loan grace period ended.

Witnesses report Helsinki played with “a precision of a much more mature, experienced band… almost as if they wouldn’t still be paying off their student loans and struggling to maintain decent credit for the next half of their lives.”

“Right now, the only thing higher than our musical potential is the adjustable interest rate on these loans I took out for an education that’ll likely be obsolete once I complete it,” said lead guitarist August Tolson. “But at least I’ll have more knowledge of Beowulf than anyone else working with me at Lowe’s.”

After practice, the band couldn’t help but look toward the future.

“I’m glad I decided to stick with these guys and follow my dreams,” said rhythm guitarist Steve Blanton as he wrote out his meager budget for the month. “Because unless I learn how to clone myself and get jobs teaching concurrently at three different middle schools, being a famous musician is my only hope for ever getting out of this financial disaster.”