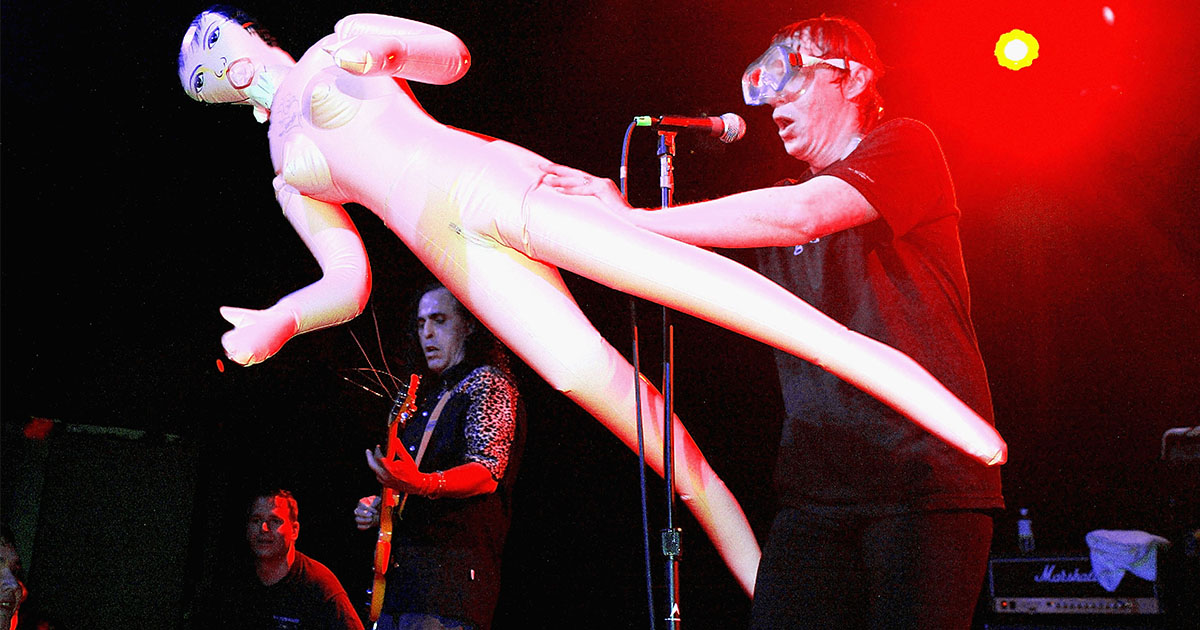 DENVER — Punk band The Dickies were removed from Warped Tour on Friday after the frontman repeatedly yelled “blow me” at a minor without having the minor actually blow him.

“We here at Warped Tour believe that making sexual comments about minors is horrid and disgusting, especially if you don’t actually do any of the stuff you’re joking about,” Steven Newman, a spokesperson for Warped Tour, said.  “If there’s one thing worse than a sexist, it’s someone who can’t follow through on their promises. Warped Tour—and pop punk in general—is all about being true to yourself, even if that means being a sexual predator.”

Fans at Warped Tour were concerned about the news story. When asked for comments about this use of bad language from The Dickies, one festival-goer said “punk frontmen shouldn’t curse at the audience. They shouldn’t curse at anyone. Cursing is bad and against God.”

Music fans outside of Warped Tour were even more upset. Hundreds of hard hitting think pieces about the subject have flooded Medium.com to condemn the band.

“I’ve never heard of The Dickies before today but apparently they have been putting out disgusting offensive music since the 70’s and they must be stopped,” said one such blog. “Their first album was called ‘The Incredible Shrinking Dickies.’ Punk rock is NOT about penises; it’s about love.”

According to sources close to the scene, Warped Tour sat The Dickies down behind closed doors and explained the situation carefully.

“Listen, if you had just gone and done the things you were joking about, we could stand behind you,” said an unknown Warped Tour executive according to the anonymous source. “But now that you’ve exposed yourself to these minors as someone who does not mean what they say, you’re off the line-up.”

When reached for comment, The Dickies threw a penis puppet at the reporter and told The Hard Times to blow them.