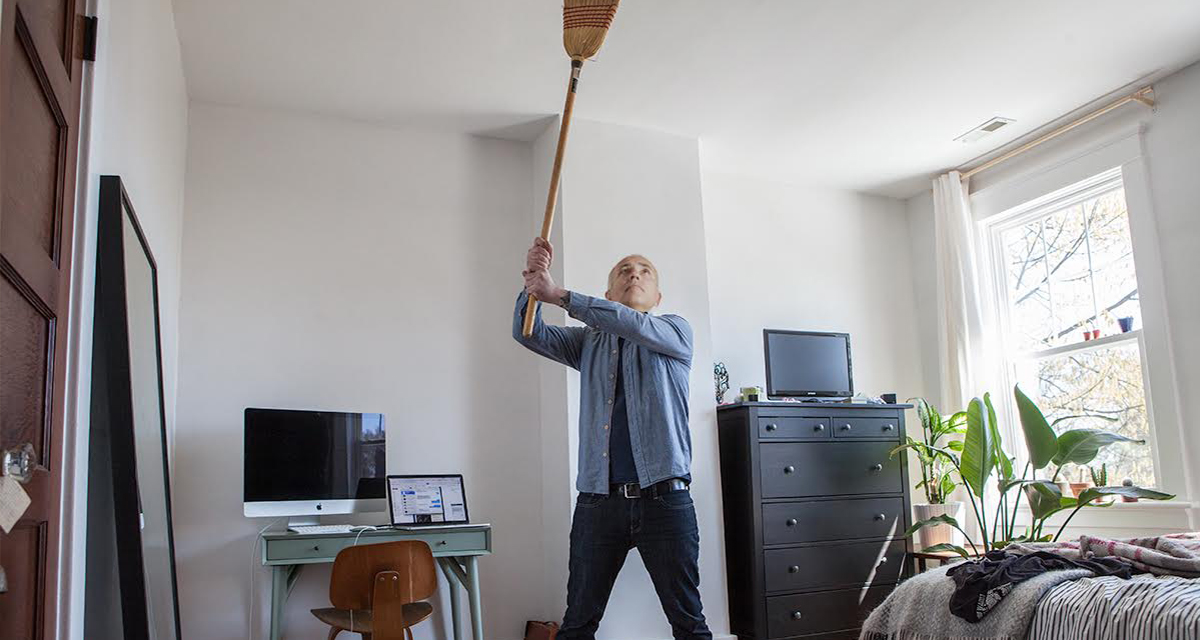 NORTH PLATTE, Neb. — Local man Carl Wilkerson furiously pounded on his ceiling with a broom yet again to demand you adjust the sound settings on your stereo if you’re going to continue to play your music at such a high volume, Neighborhood sources confirmed.

“This generation has no respect for balance,” said Wilkerson, who didn’t take too kindly to the “noise” you were making early Saturday morning. “I was listening while eating my oatmeal and I could tell things were all fucked up. I had to do something to get it to stop.”

“I mean, you’re going to play Zeppelin and muffle the workmanship of John Paul Jones? My head hurts, my ears hurt, and honestly, my heart hurts,” sighed Wilkerson, who did not identify as a sound engineer but, “just a guy with normal functioning ears, for fucks sake,” before banging on the ceiling and insisting on some immediate EQing.

To bang on one’s ceiling, a.k.a. the floor of your upstairs neighbor, is a time-honored tactic to change your neighbor’s listening habits when the cacophony has gone on for too long. Wilkerson felt it necessary after only 45 seconds of listening.

“At first I thought it was a PA system, and then I thought maybe it was a car coming down the street — either way, this is neither a pep rally nor a Taco Bell parking lot. I’m not asking them to shell out the dough for Magnepans — I would just prefer if they weren’t running their Beats by Dre through a megaphone, man.” Wilkerson, for his part, simply wants you to get with the century — the previous century. “Look, I don’t think anybody should be digital, but if you have to listen to an MP3, for the love of Bill Porter, use something higher than 128 kbps.”

The situation appears to be far from resolved as, when reached for comment, you refused to adjust any levels whatsoever. You did, however, yell through the floor, suggesting that “the old man should get auto-tune or whatever” before turning the treble all the way up and placing your subwoofer face-down on your floor.