We Rank the Members of She & Him 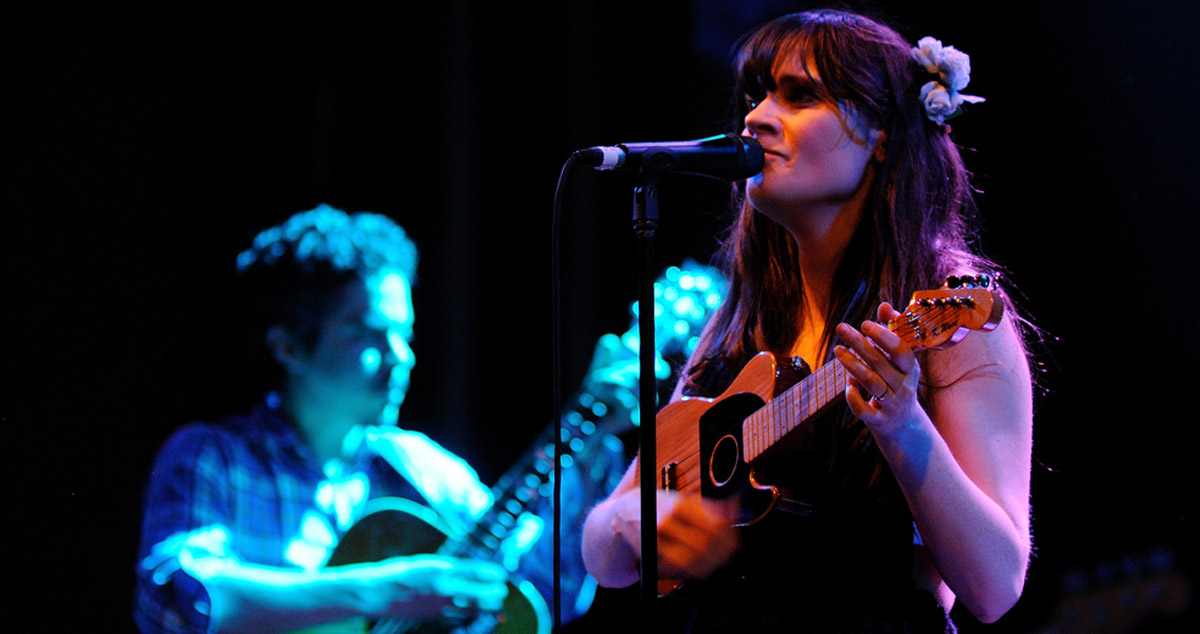 Sonny and Cher. Simon and Garfunkel. Tegan and Sara. When looking at these musical collaborations it’s hard not to take notice of who has more starpower, with the exception of Tegan and Sara, who I’m pretty sure is just one person.

Without having any bias towards multi-talented actor/musicians who starred in (500) Days of Summer and the New Girl, or a guy whose first name can’t be dignified beyond just an initial, we rank the members of She & Him based on the same criteria we base all bands on.

One Has Genuine Musical Talent
She & Him could almost be considered a super group with the exception of 50% of it. One is an amazingly talented musician whose voice, like a rare orchid, fills you with wonder that such pure beauty exists in this world. And the other is some guy who plays guitar, I think.

M. Ward Personally Responds to Fan Mail
Anyone in the entertainment industry is flooded with letters from fans. The bigger the star, the larger the amount of people wanting some sort of personal correspondence.

I’ve sent hundreds of letters to Zooey Deschanel and she has not responded to a single one. I understand that she’s busy and I’m sure that someday she’ll mail me back, or send me a gift on my birthday, or perhaps even show up on my doorstep with her ukulele singing Belle and Sebastian songs.

I sent a letter to M. Ward, and received one back almost immediately the following week. He wrote back telling me that no, he wouldn’t share Zooey’s phone number with me and to never write him again. It’s close but we’re gonna have to give this one to Zooey.

Related: We Used a Ouija Board to Ask Joey Ramone to Rank His Albums (But He Just Wanted to Talk About Christmas in the ’70s)

Zooey Deschanel’s Personal Bodyguards Are Sweethearts
I know that they have a tough and important job to do. But I appreciate their courtesy and professionalism. The fact that they know me by my first name shows that they care. They always say please when telling me not to take photos and they typically use a gentle touch to pull me out of her bushes.

As far as I can tell M. Ward doesn’t even have one security guard. In fact, at a bar in Portland I sat next to him and he shared a pitcher of beer with me while recommending good vegetarian restaurants and vintage guitar shops to check out while I was there. What kind of rockstar does that?

She & Him’s Ultimate Ranking
After much deliberation, and careful weighing of artistry, talent, and whether or not they were in the movie Elf, we have came up with the following ranking:

We’re hoping that She & Him continue making music, preferably with even more She and a bit less of Him.