Vocalist Warms Up By Yelling At Sound Guy 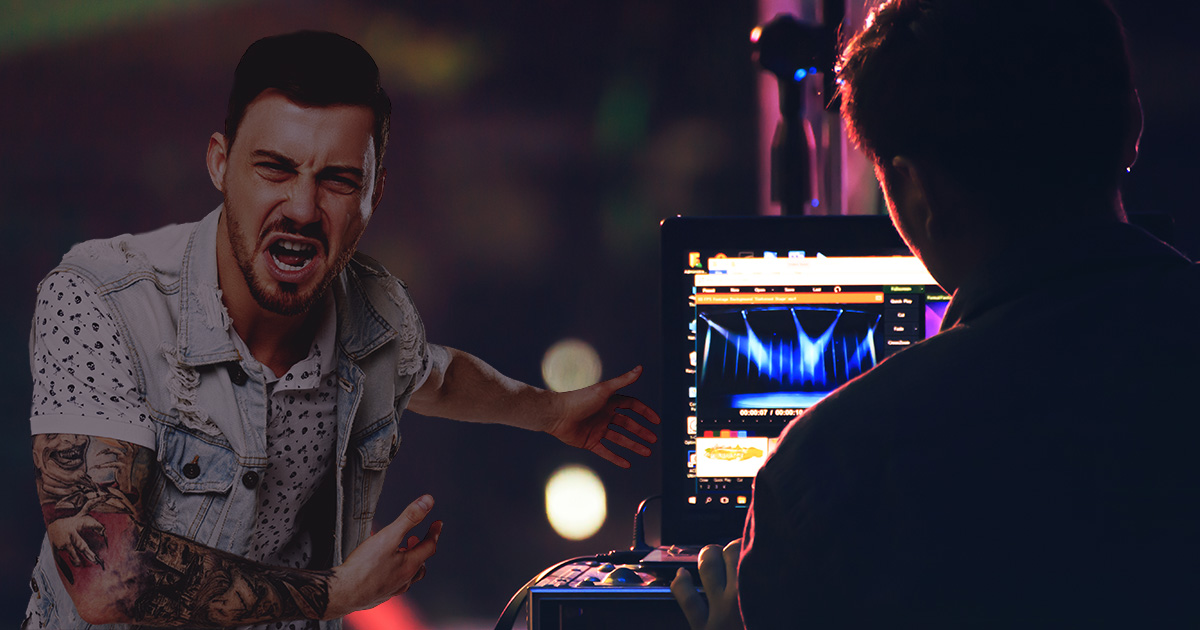 RICHMOND, Va. — Out of Line vocalist Chance Carter prepared for his set at the Canal Club last night by loudly berating the sound guy during soundcheck, treating witnesses to a behind-the-scenes look into his uncomfortable and unorthodox warm-up routine.

“You absolute dumb fuck! Are you trying to make us sound like dog shit?” Carter bellowed loudly enough he didn’t need the mic clenched in his fist. “Jesus fucking Christ — it’s fucking incredible they let someone who clearly can’t hear a single goddamn thing run sound in this place.”

While the audience shuffled uncomfortably in a scene one witness described as “like children watching their parents fight at Cracker Barrel,” Carter’s bandmates were unsurprised by the outburst.

“Yeah… he does this every show,” explained bassist Jeff Willert. “Like, it’s kinda embarrassing for the rest of us, but honestly, we’re kinda used to it. We just make sure to buy the guy a drink or something, and we’re golden. Last month, he actually made two different sound guys cry. I didn’t think that was possible.”

For his part, Canal Club sound guy Mark Boehner stood stoically in his booth during the tirade, pretending to adjust levels he already had perfectly set for the space until Carter was satisfied.

“You’d be surprised how often that happens,” Boehner said after Carter left the stage. “In fact, it’s almost to the point where I don’t realize someone’s actually talking to me unless they’re spewing hate at the top of their lungs. I just twirl knobs and fuck with sliders that aren’t assigned to anything until it’s over. I usually can guilt the bands into free drinks, too, so that’s dope.”

Carter detailed his unique warm-up routine while enjoying a pre-show meal he described as “borderline inedible.”

“I wish there was a different way to do it, but we tour 10 months a year, and I’ve been yelling at sound guys since before I was in a band. And not once have I lost my voice — you can’t argue with results like that,” said Carter. “Also, coming up with new insults at every stop really helps hone my lyricism to the razor-sharpness fans expect.”

At press time, Carter was initiating a second round of warm-ups by loudly explaining the history and ideology of his band to disinterested bar staff patiently waiting for the show to end.