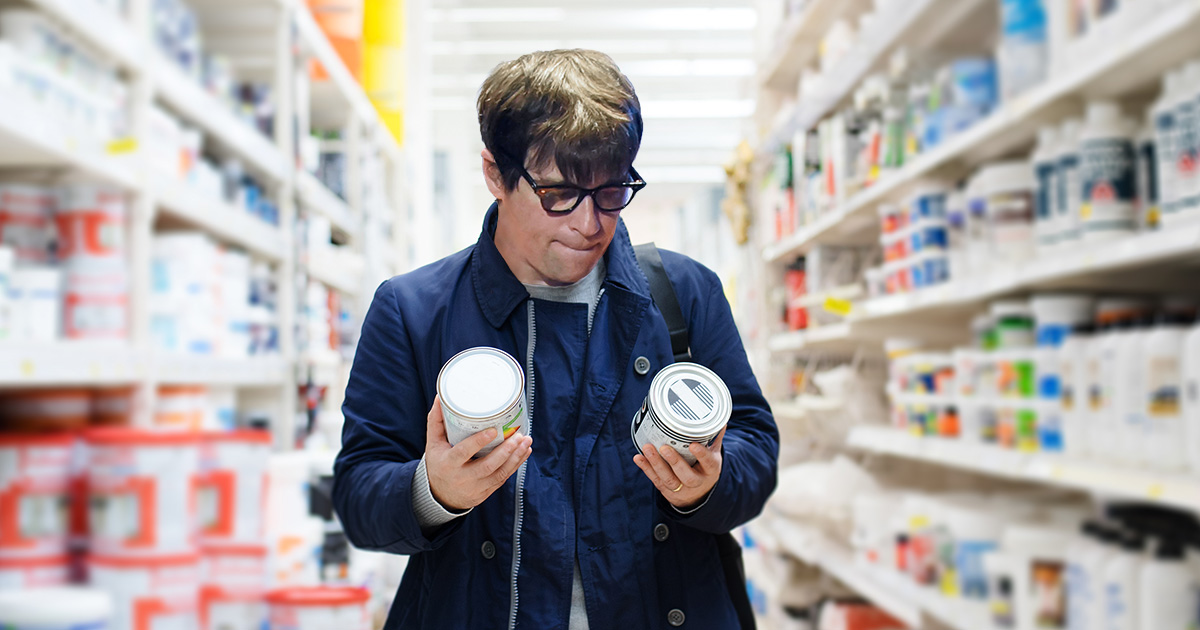 SANTA MONICA, Calif. — Weezer frontman Rivers Cuomo experienced one of the most productive periods of his career last week, when his trip to a local Sherwin Williams paint store inspired what is now nearly 300 new albums and counting.

“My wife Kyoko and I stopped in to pick out some paint for our upcoming kitchen renovation,” said Cuomo as he furiously scribbled song lyrics across the inside of an empty pizza box. “I grabbed a book of color samples… and my muse just took over.”

Cuomo claimed he hasn’t felt this driven since a chance encounter with a 64-count box of crayons in December of 2000.

“After Pinkerton, I felt totally blocked, so I went to Walgreens to pick up an 8-pack for inspiration when I saw this incredible 64-count box right there beside it, with the built-in sharpener and everything,” he explained. “I thought that box would sustain me for a lifetime. But now I know what the true possibilities for album cover art really are.”

According to Weezer manager Clair Bolin, Cuomo’s burst of creativity couldn’t have come at a better time.

“To be honest, we were starting to worry about Rivers,” Bolin said. “It was a real possibility the band would go six — maybe even eight months before making another record. But Weezer Nation can breathe a sigh of relief today… and probably by the time they’re done exhaling, there will be a new album to come after these 300.”

For their part, fellow Weezer members are confident they’re up to the challenge of creating more color-inspired albums.

“I love red and blue and green and white and black,” said drummer Patrick Wilson. “But I’m growing as a musician, and I’m really excited to dive into concepts like Decorous Amber, Frostwork, Rookwood Medium Brown, and Bicycle Yellow. I mean, it’s not the ’90s anymore, you know? We don’t wanna rely on some gimmick.”

Cuomo confirmed the new releases will mine older, fan-favorite material to supplement the new artistic direction, beginning with the solicitation of emails from underage Japanese teenage girls.