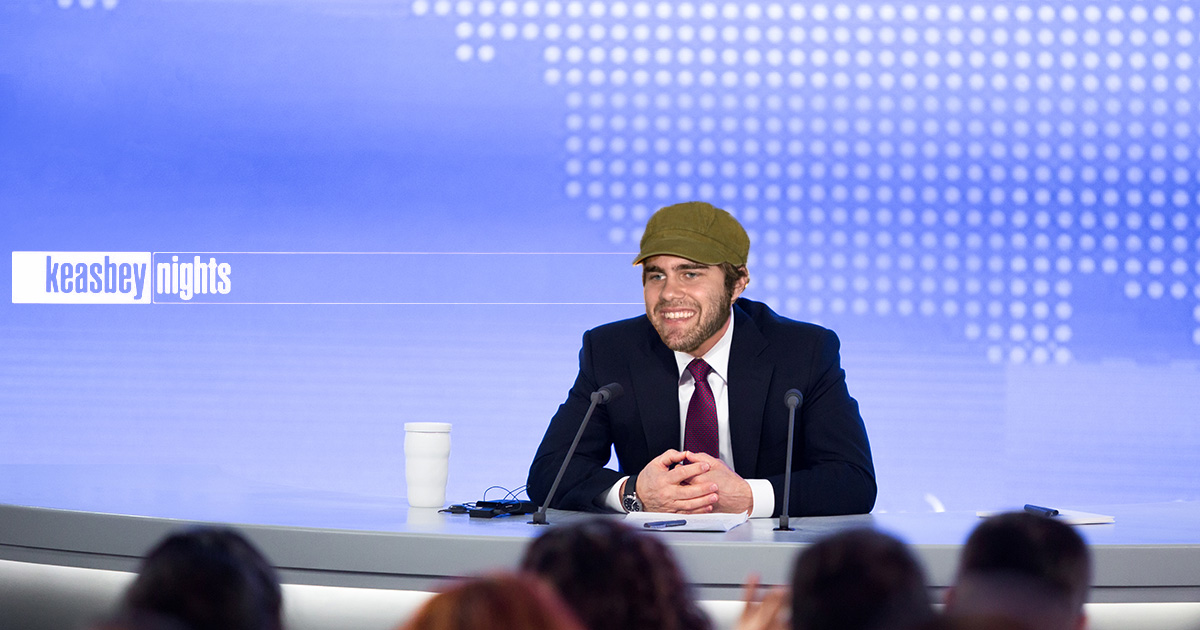 THE REAL WORLD THE RICH KIDS NEVER UNDERSTOOD — Tomas Kalnoky, leader of beloved ska outfits Catch 22 and Streetlight Manifesto, revealed today the next phase of his vision for the 1998 album Keasbey Nights, a concerned source confirmed.

“In three years, two months, one week, and four days, I will release the most complete version of this album yet,” said the singer/songwriter from his secret compound via satellite video feed, spitting into a bucket between sentences. “A lot of people thought recreating my debut record note for note with my next band was the end of this record’s bizarre lifecycle. That’s small potatoes compared to what’s next — I’m making each of these 14 songs bigger and better in every way. I can’t wait to show the world what I’ve done.”

While the re-recording with Streetlight Manifesto was generally interpreted as a personal act of spite towards his former bandmates, the next permutation of the album appears to have a more outwardly focused motivation — exciting music critics who previewed the new version.

“I have listened to the newest Keasbey Nights… and let me just say, not only is it the finest LP in rock and roll history, but Mr. Kalnoky is clearly our chosen leader and we must all do his bidding!” raved one early review. “It’s clear Mr. Kalnoky is the leader this country needs. I pledge my full loyalty and service to his acoustic revolution!”

Records show the re-made Keasbey Nights includes a new third verse on the track “Sick and Sad,” various hypnotic tones and frequencies throughout the album, and a call-to-action during the extended instrumental section of closing track “1234 1234.” Unfortunately, however, when pressed for more information, Kalnoky ended the video call cryptically.

“Let’s just say things are about to get interesting,” said a bulletproof vest-clad Kalnoky before cocking a gun and crawling under his desk. “End transmission.”