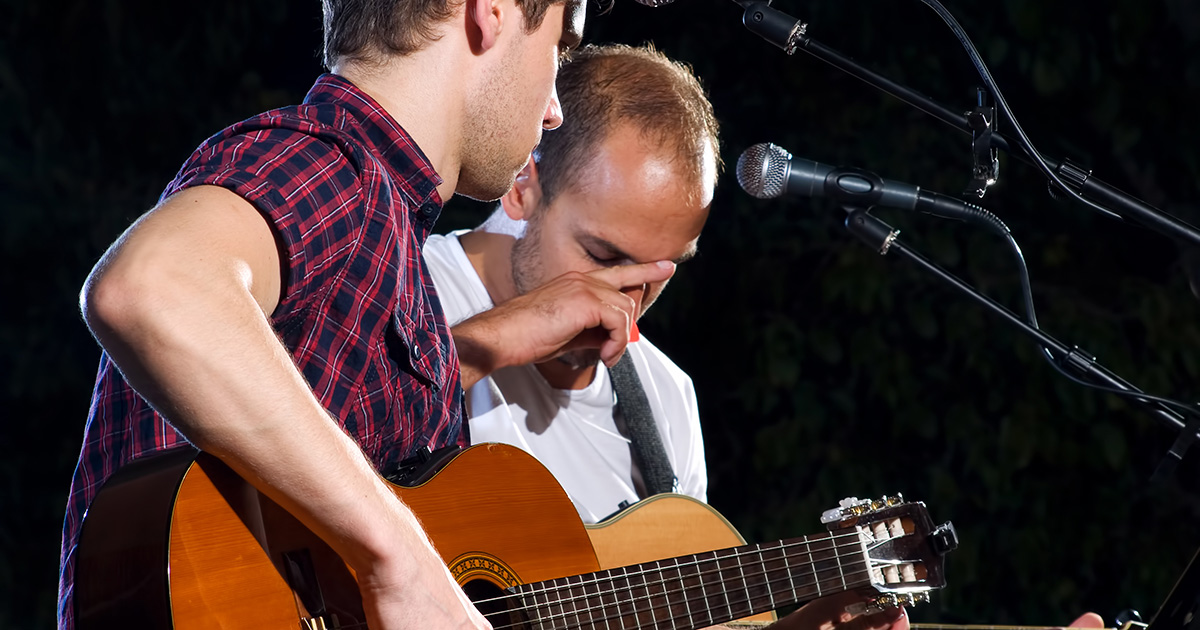 “Oh boy, it was a real photo finish in there, let me tell you. Those little bastards were devouring my new Martin D-28 so quickly, we had to play our songs faster and faster just to get our full setlist in,” said Branch Manager guitarist Tessa Brialto. “At one point, I had started a song with the regular guitar, but by the bridge they had shaved me down to a damn ukulele! It really fucked with our sound. No wood was safe. We’re never playing the Timbermill Pub ever again, even if they manage to rebuild it.”

A licensed exterminator was promptly called by the Timbermill management, but problems arose before any work could be done.

“Ah, jeez, I’m so sorry. I meant to spray during their set, I really did. It’s just, I’d get caught up in their sweet sensual island rhythms and suddenly I’d be out of the drywall and out on the dancefloor,” said dismayed pest control technician Wyland Thorpe. “It’s that surf sound, baby! It just sends me through the roof, y’know! But, then that’s when the stage caved in and everyone else went through the floor. Again, I really do apologize.”

The swarm of termites notes that it was not even their intention to even begin to feed that day.

“It made us sincerely thankful we don’t, as a species, have ears,” the swarm regrouped to add. “Hopefully they got the hint and will find other ways to express themselves. We suggest whittling.”

At press time, the now instrument-less Branch Manager was still determined to go on tour, with their first stop: the opening of the local zoo’s new free-range flesh-eating fire ant exhibit.