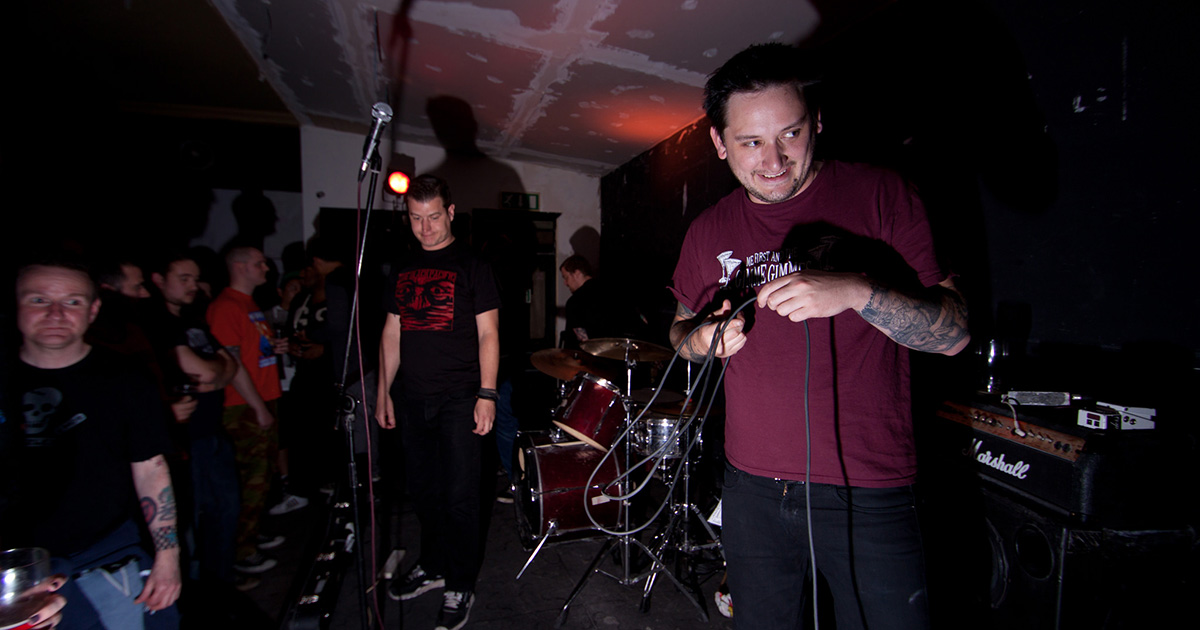 LARAMIE, Wyo. — Popular skate-punk band Teenage Bottlerocket are reportedly working on their eighth studio album, which is said to feature their second-ever song, sources close to the recording process confirmed.

“Our motto as a band has always been, ‘Don’t fix what ain’t broke’ — and I think that really shines through our discography,” said the band’s lead singer since their formation in 2000, Ray Carlisle. “When we wrote our first ever song, ‘A-Bomb,’ it was fun and people seemed to really dig it… so, why not just keep making that song, over and over?”

Band members believe their commitment to finding new ways to release the same song has been integral to their moderate success.

“Usually, we try to at least change a chord here and there, or maybe a lyric or two,” said guitarist Kody Templeman. “But sometimes, we just say, ‘Fuck it!’ and re-record the same song across multiple albums.”

“At some point, though,” he later admitted, “you kinda just have to look yourself in the mirror and say, ‘It’s been almost 20 years. We’re never going to make it into a Tony Hawk game. It’s time to come up with something new.’”

Reports indicate the new song is currently untitled, but themes may include dating, skateboarding, and potentially nerd culture.

“Look, we’re not trying to reinvent the wheel here — ‘Song 2’ will still be a Teenage Bottlerocket song. It’s gonna have catchy guitar playing, it’s gonna have fast drumming, and it’s gonna repeat the word ‘whoa’ over and over again,” said bass player Miguel Chen. “But, I don’t know… maybe we’ll go totally nuts and have a third guy sing or some shit. Really break new ground as a band, you know?”

So far, Teenage Bottlerocket fans around the world remain skeptical about the band’s new creative territories.

“I got into Teenage Bottlerocket because I knew I’d never have to worry about them writing a song that would let me down. This news has a lot of people on edge,” said superfan Tad Whiteley. “I calmed down a bit when I found out the album cover will still be the exact same logo in front of a different color background like every single other album they’ve released, though.”

UPDATE: Tensions in the studio are reportedly now at an all-time high, as Teenage Bottlerocket discovered their new song is a note-for-note copy of “Carbona Not Glue” by the Ramones.