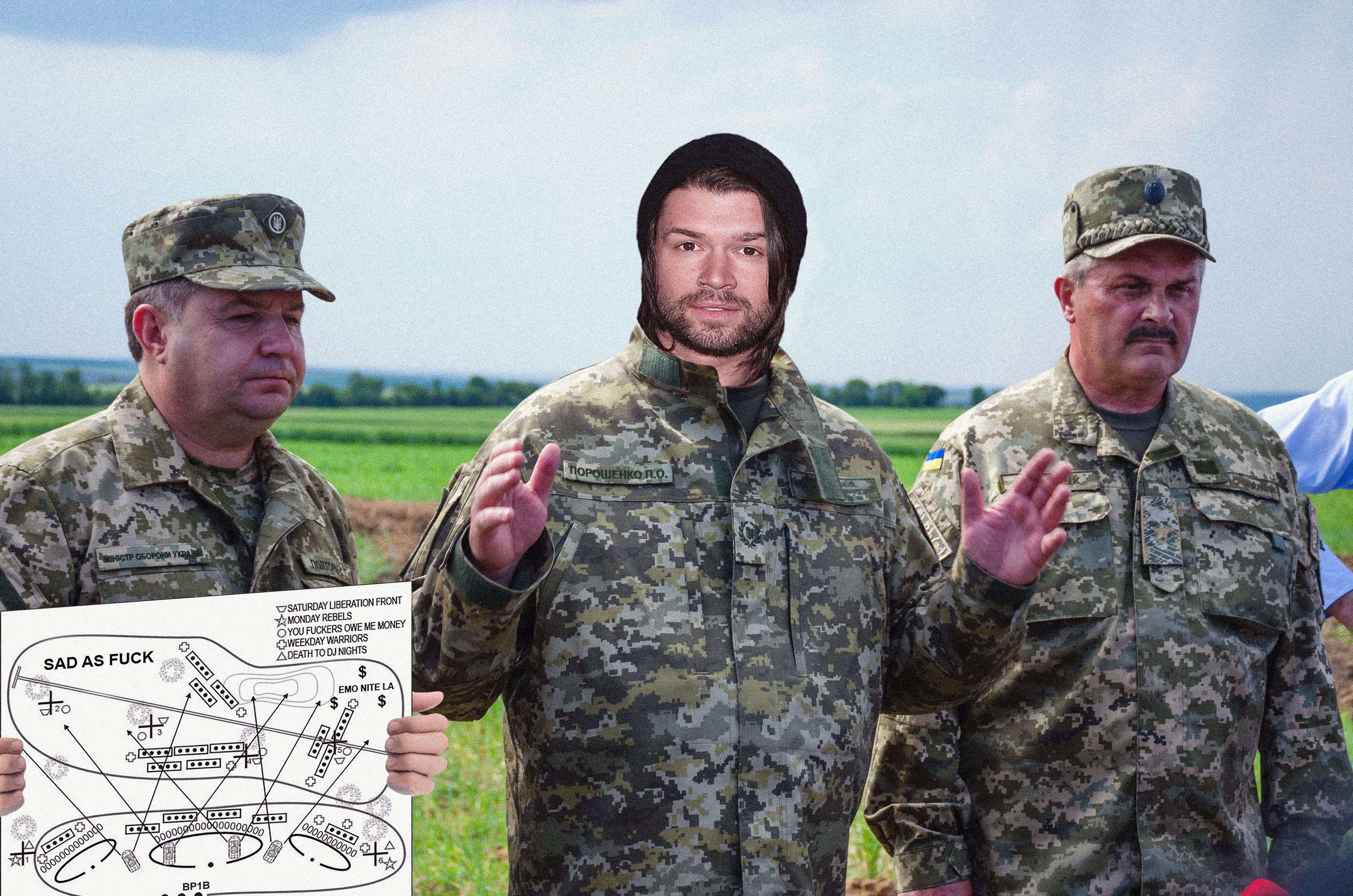 LONG ISLAND, NY – Having successfully defended the territory of Sunday from a vicious attack by a DJ night, Taking Back Sunday frontman Adam Lazzara and his troops are now poised for an aggressive campaign to take back the rest of the week, sources on the ground confirm.

Lazzara, sitting on his throne high atop his Sunday Fortress, looked out upon a crippled, unassuming week. “People think I’m going to take back Monday first,” Lazzara said to his legion of fans, “But no! We’re taking back Tuesday from the people that took it from us. Once we take back Tuesday, we can attack the rest of the week from both ends.”

A rapturous applause erupted from the crowd of thousands. The mass of people gathered here, in the mountainous region of Sunday, after news spread online that the territory was under attack by people who wanted to get together to sing emo songs of yesteryear. With this first battle won, the well-organized mass of former teenagers with swept haircuts, Hot Topic managers wearing Doc Martens, and strangely quiet middle-aged men who might be someone’s dad, moshed in lock-step to Cute Without the E. “Defend real emo. Those motherfuckers owe us some money,” they chanted passionately.

“I know it sounds crazy, but he is very seriously planning an attack on Tuesday,” warned members of the band Thursday. Singer Geoff Rickly added, “If we’re not careful, the days of the week could be headed for a full collapse. Appeasement is not an option, we must stand united.”

Slowly, a coalition is forming as a response to Lazzara’s threats. The movement is lead by members of Emo Nite LA, Saturday Looks Good to Me and Til Tuesday. And though they claim to face no real threat, Black Sabbath has pledged its support as has the band Sparta, “because it’s kind of a war name so…”

Still, Lazzara remains supremely confident. “We need to be as subtle as a brick to the small of their backs. People need to understand this isn’t a joke. I’m serious. It is time to take back the rest of the week, then months, then all the years that have ever existed. The spread of the Emo Fatherland shall not be stopped!” he said, slamming his fist down furiously onto his war-room table.

At press Lazzara was last seen searching AOL instant messenger profiles from 15 years ago for anyone quoting his lyrics without permission.