Sublime with Rome Announces Tour with Hologram of Lou Dog 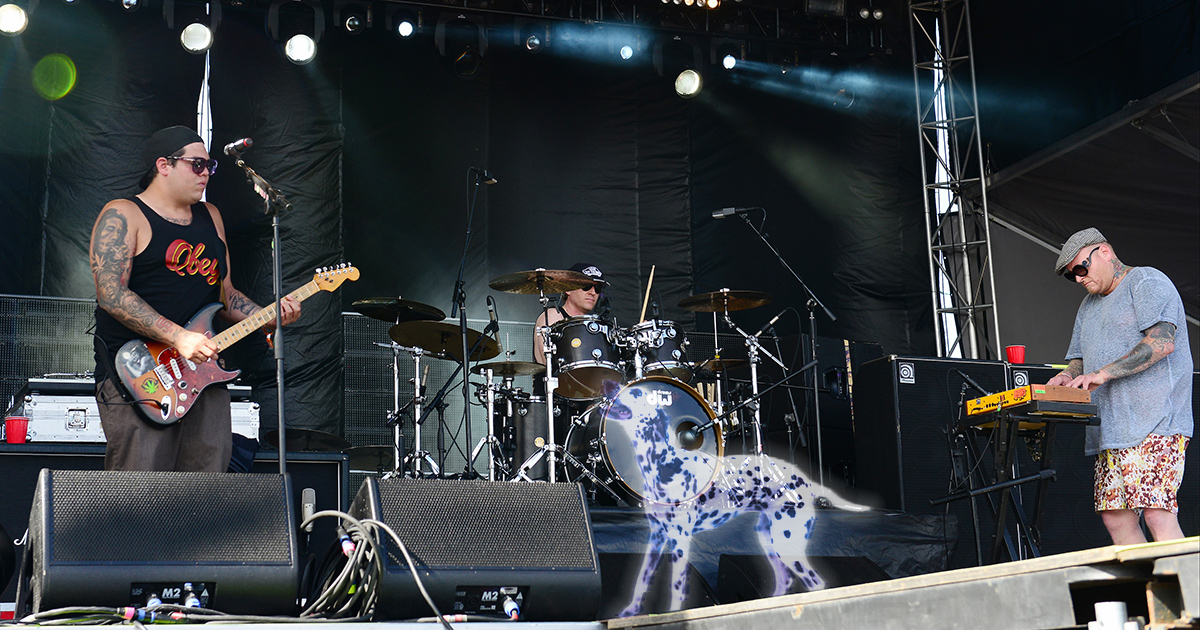 “Singing in Sublime is a dream come true, and I’d like to think I’ve respected Brad’s legacy,” explained singer/guitarist Rome Ramirez. “But there’s one thing we’ve never been able to replicate about the live show: the magic of Lou Dog running on and off stage between songs. Lou was basically the face, the heart, and the soul of this outfit for his amazing 12 years on this earth.”

Bassist Eric Wilson confirmed that this is isn’t the first time the band attempted to recreate Lou Dog, as Sublime did a test run of secret shows with a Lou Dog impersonator in early 2010 with disastrous results.

“Fans could tell, man,” said Wilson. “Sure, the dog would run on stage and sit politely… but we could never get it to smile on cue, or wear Lou’s sunglasses. It got ugly — people started shouting, ‘Fetch’ and ‘Bad dog!’ It wasn’t fair for anyone involved.”

Indeed, thanks to advances in holographic technology, fans can finally experience an authentic Sublime concert — complete with Lou Dog just hanging out. However, noticeably absent is an accompanying hologram of Nowell.

“It’s a matter of respect. Brad’s been gone since most of our current fans discovered the band. We could never replicate the magic he brought to the stage,” said original Sublime drummer Bud Gaugh, wiping away a tear. “But thanks to millions of dollars and really dedicated imaging experts, we can finally give fans a true idea of what rocking alongside Lou Dog was like.”

Fans can expect to see Lou Dog when the band plays “I Love My Dog,” “What I Got,” “Garden Grove,” “Doin’ Time,” and for VIP fans, throughout the sound check.

“We know this move is controversial. But just like when we continued on with Rome, there’s a respectful way to do everything,” said Gaugh. “This will be the finest, most chill memorial hologram in music history. Plus, it won’t bite anyone”

In related news, Miley Cyrus plans to use the same technology to bring her beloved Alaskan husky, Floyd, back as an emotional support hologram.