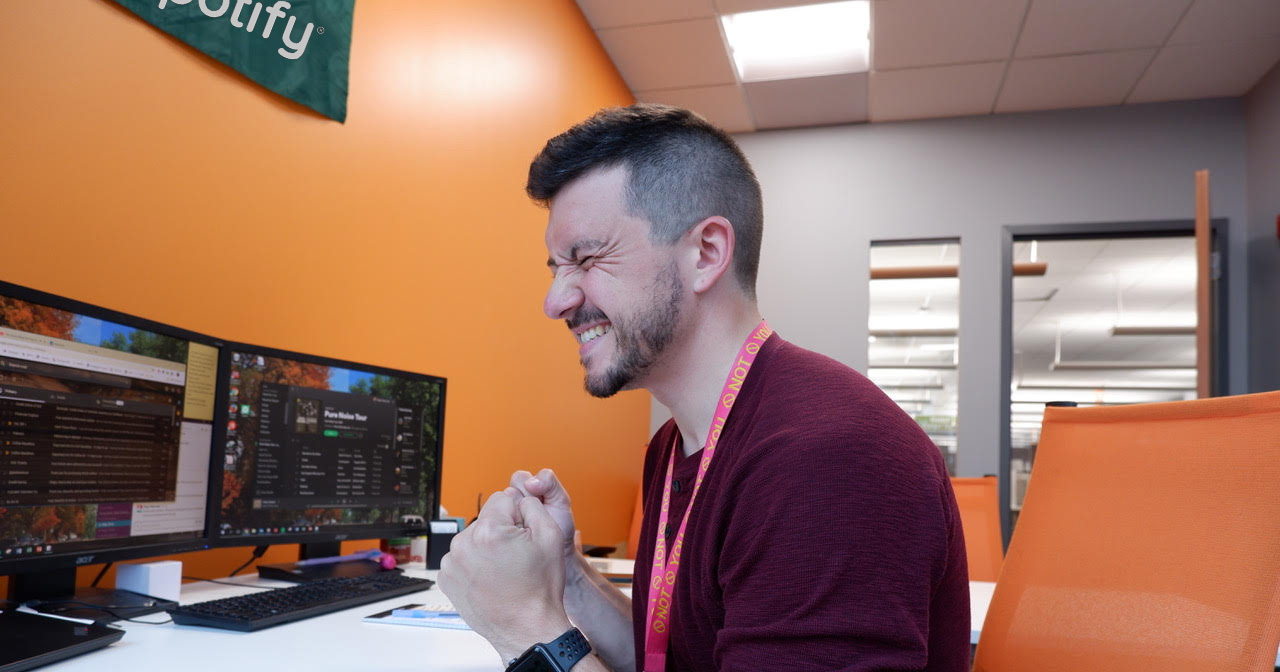 “I’m ecstatic. This puts me one step closer towards buying that dream home my wife and I talked about for so long,” said Valenzuela, who will need to work an additional 100 hours per week to see any noticeable change in his paycheck. “I’ve missed birthday parties, anniversaries, and so much more to build this platform up — and it’s all worth it to get the biggest raise in company history.”

While Valenzuela’s co-workers are happy for their longtime programmer, they also wonder if his hefty raise would affect their own employment.

“Nobody deserves a raise more than Diego. Sometimes, we’d find him sleeping under his desk after pulling an all-nighter. He never complained — he just put his head down and coded until his eyes started to bleed,” said Social Media Director Martha Farthing. “But with tiny startups like Spotify, we’re always on a shoestring budget. I worry a raise as large as his could cause layoffs in other departments.”

News of the massive pay increase quickly reached the offices of streaming platforms like Apple Music and Pandora.

“What he did to generate more income for Spotify was truly ingenious. By hiring the worst musicians possible to do the ad music for free Spotify accounts, it basically forced people to upgrade to the ad-free Spotify Premium,” said Apple Music Director of Marketing Eddie Lister. “We’ve been trying to utilize a similar method here… but every time we did, it just felt so dirty we couldn’t sleep at night.”

Meanwhile, Spotify CEO Daniel Ek assured employees that they too could see a raise of this size if they helped generate a few extra million dollars in passive income for the company.

“At Spotify, we treat our employees and the artists that make our platform the most popular on the internet as equals — the more you do for us, the more we do for you,” said Ek, who has an estimated net worth of $2.5 billion. “That’s why, in addition to giving Diego this raise, we are also giving him a $10 credit at the vending machine of his choice, with three months of Spotify Premium absolutely free.”