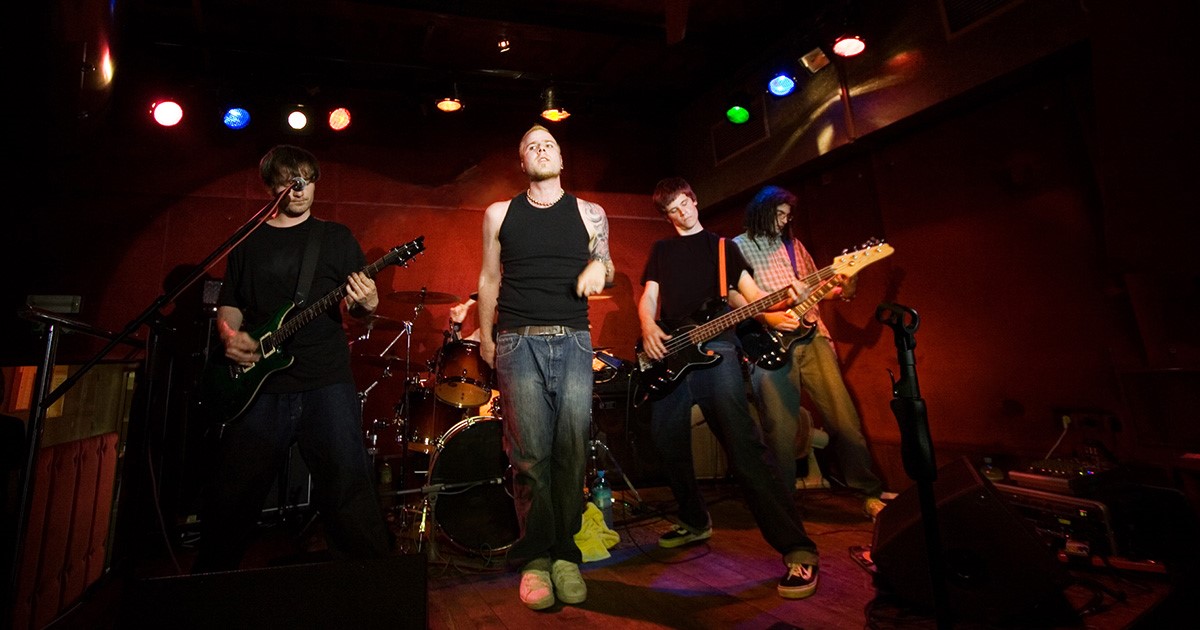 “They were amazing… like, so good. Like, they would play the beginning of a Nirvana song, and then out of nowhere, one of them would nail a Pantera riff. I expected a lot from them seeing how much they dazzled everyone while setting up,” said sound guy Jeremy Jarrett. “But once they went into their set, I mean… woof. That was some hot garbage topped with a steaming pile of dumpster disaster.”

The audience was reportedly stunned by the drastic difference.

“Nobody really pays attention to a sound check — it’s a good time to buy a drink or have a smoke — but this band seemed special. Their mic checks were beautiful vocal harmonies, they played 10 seconds of my favorite Jimmy Eat World song, and it sounded tight as fuck,” said Grant Farber, frequent patron of the brewery. “After sound check, though, they brought out like, 40 more band members, playing like barrels and buckets and crap like that. I think I saw one guy just sitting on a horse for the whole set. The singer screamed through a parking cone instead of using a mic, and spent most of the time throwing glitter at the crowd while strutting around like Mick Jagger.”

Basket Robbers frontman Alex Ferguson felt differently, however, doubling down on his antics.

“All those songs we play to warm up are a joke — 10-year-olds like those songs,” said Ferguson of the universally loved songs. “We gotta challenge ourselves to be something different and really expand the possibilities of a show. And you know what? We succeeded, and then some. This set straight up destroyed. Releasing doves into the audience? Flawless! Why would we sit up there as a trio playing heartfelt pop songs, when we could have a full, 72-piece orchestra that never actually plays?”

At press time, the few people actually impressed by the band were disappointed that, despite the amazing cover art on the latest Basket Robbers’ LP, the actual recorded music was nothing more than a man whispering swears in French.