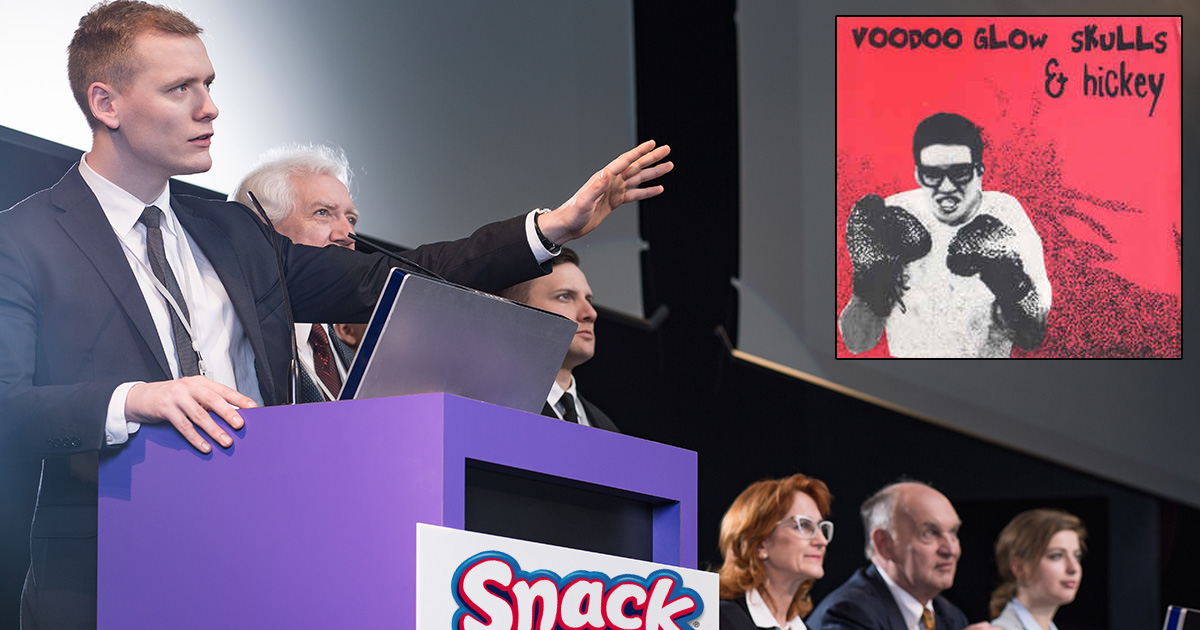 “Reissuing this record just made sense to us,” Snack Pack spokesperson and former El Faralito employee Brian Fort explained. “A common misconception is that Adam Sandler’s reference to Snack Packs in the 1995 movie ‘Billy Madison’ is what put Snack Packs on the map, but believe it or not, there’s a direct correlation between the release of that weird split 7” and the most profitable quarter in our company’s history. The second our legal team gave us the O.K., we ordered a limited pressing of 500 of the records, available for free with every case of Snack Pack chocolate pudding cups.”

Punks all across the country have been rejoicing over the news.

“FOOD STAMPS AND DRINK TICKETS!” shouted Cliff Snax, a self-identifying member of the Naked Cult of Hickey. “That record is the holy fucking grail and the reason my band Fudge Trumpet even exists — I’ve been in countless record stores over the past 20 years trying to find this record. I really thought that after Matty Luv passed, it’d never be repressed. I mean, I knew the cowards at Epitaph were never going to do it, but I never expected the corporate giants at Snack Pack to be the saviors we were waiting for.”

However, Frank “Voodoo” Casillas, former frontman of the Voodoo Glow Skulls, was not so happy to hear the news.

“We weren’t cool with the original 7”, and I’m definitley pissed as fuck about this bullshit coming out again,” Frank yelled in a voicemail. “That stupid junkie band has been the bane of my existence for decades and I’m not even in the fucking Glow Skulls anymore — I almost lost custody of my kids after I freaked out over a cup of chocolate pudding sitting on my kitchen counter years ago. Honestly, I’d trade all the deli trays and tour buses VGS ever had to go back in time and never take the gig with those smelly fucks.”

At press time, the Voodoo Glow Skulls were forced to cancel all scheduled reunion shows after the homophobic slurs uttered on their side of the split E.P. came to light.