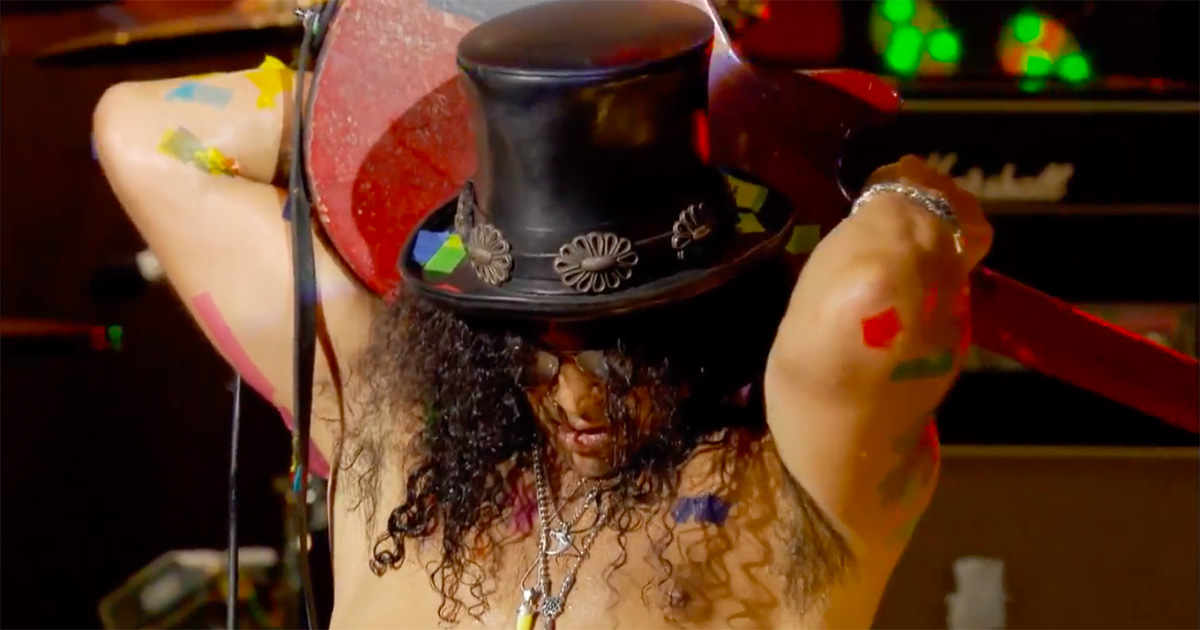 “I’ve seen 18 Guns’ shows since ‘92, but that was wild,” confirmed superfan Marc Kelly while scrolling through hundreds of photos of the incident on his phone. “When I zoom in on this photo here, you can see what looks like little robot hands or something poking out of the back of his hat, but I guess they could be those silver buckle things…. I don’t know how he did that, but it wasn’t Slash shredding up there on ‘Paradise City,’ it was something else. Something… inhuman.”

“Either way it fuckin’ slayed though. GNFNRN-the hat!” he added.

“Well you didn’t hear this from me, but I was dropping off his leather boots as usual, when I saw him talking to that damn hat all quiet like he does sometimes, and waving one of those Swiss Army thingamabobs around,” Andersen stated. “He may have put down the booze years ago, but that man’s still got his demons, alright. And that’s not even counting Duff.”

“As we age, our shoulders have difficulty lifting without strain or even dislocation. Slash may have self-installed robotic arms in his headwear to handle the solo, or, like many artists of his caliber of fame, could have struck a deal with a malevolent force that can fingerpick. It happens all the time,” Beyers claimed. “If it were the latter, it would be best to have a professional do the installation in the future though, especially since several tricky circuits running at once near the metal band around the hat could create an explosion.”

At press time, the hat was overheard recording the orgasm sound bite in ‘Rocket Queen’ behind Slash’s back.