Singer/Songwriter More of a Whiny/Asshole 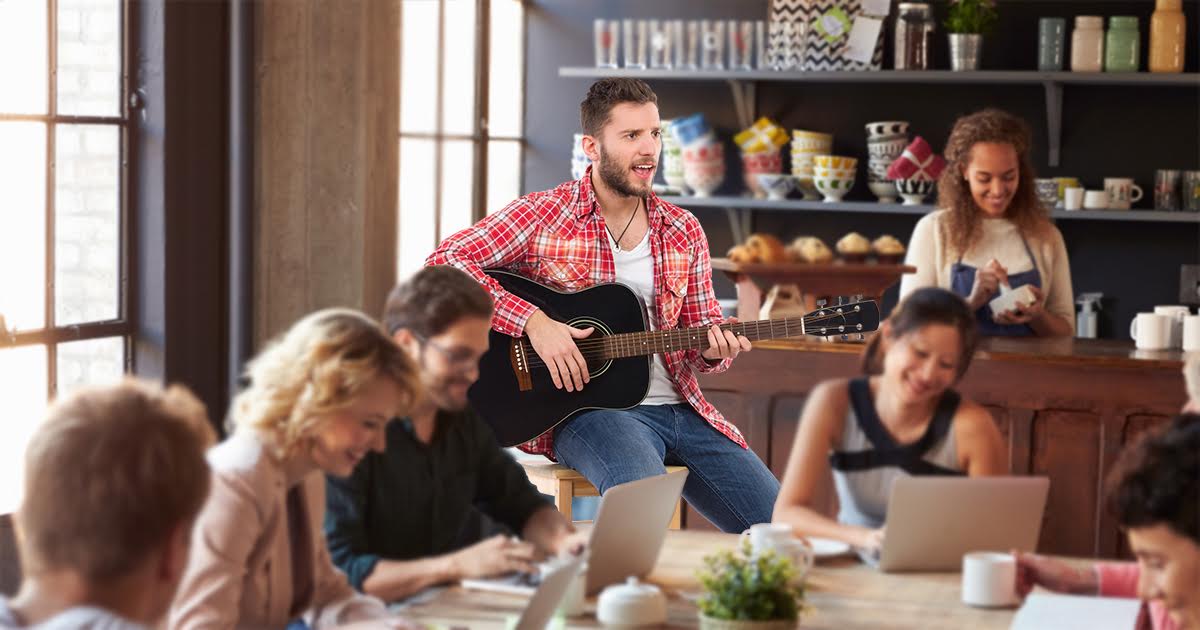 MADISON, Wis. — Patrons of the local Brew Pillow coffee shop grew uneasy Thursday evening after a series of increasingly uncomfortable events outed performing singer/songwriter Wilfred Barton as “more of a whiny/asshole,” according to multiple sources who were just looking to get some work done.

“Where the hell is my kombucha?” screamed Barton, leaving the stage for a brief intermission. “I put it right here on top of the trash can before I started playing. If someone threw it out, I swear to god, I will leave right now.”

Guests were reportedly shocked by the outburst, as it was the first time all evening Barton had murmured anything above a whisper.

“In between songs he was very soft-spoken… it seemed like he was kind of shy. It was almost charming,” said Brew Pillow patron Alyssa Gomes. “But when he left the stage, he just let loose. He yelled at the barista about the ‘garbage’ acoustics in the space, and that if they don’t address it, he won’t come back next Tuesday.”

Following his two-hour set, Barton allegedly criticized the staff for the poor turnout.

“How about just dropping off a few show fliers at a gym, or a Starbucks, huh? Somewhere with beautiful men and hot chicks. You got 25 people here, and most of them aren’t paying attention at all,” Barton fumed. “How am I gonna get any tail in a place like this? Would it kill you to hang a poster somewhere besides that corkboard clusterfuck? You got the poster for my show half-covered by ads for shitty yoga instructors and a lost dog.”

Barton reportedly finished his set playing acoustic guitar without vocals and occasionally complaining to the audience. As one patron, who requested anonymity, described it, “He kept glaring at the sound guy… well, where the sound guy would have been, but there was no sound guy. He just violently pointed up and down towards a dark corner in the room while rolling his eyes.”