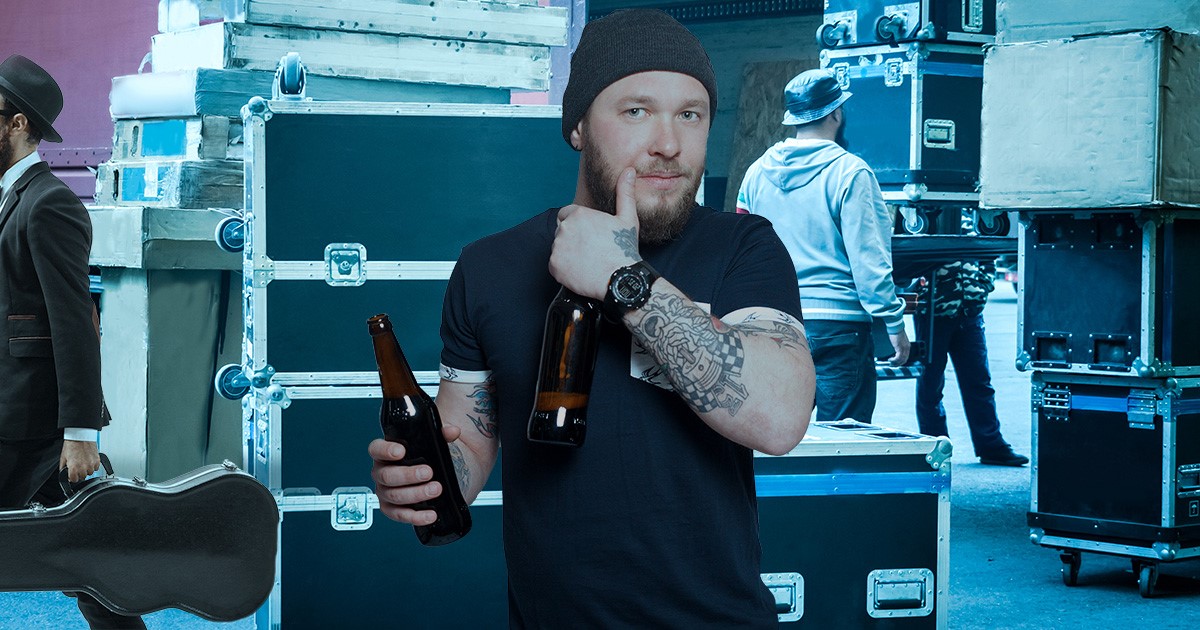 DURHAM, N.C. — Acid Frankenstein singer Patrick Morris happily announced last night that he was already “loaded in and ready to go” two minutes after arriving at the band’s tour stop at The Lo-Dive, venue staff confirmed.

“I’m stoked to be playing here, and it’s been a really easy set up — I pretty much just had to make sure there was a mic up there… and sure enough, there it was, so I’m all set,” said the vocalist, taking another sip of beer and pretending not to see bassist Sean Powell drag his 8×10 cab up the stairs. “I love touring, man. It’s non-stop fun. I wish it never ended.”

Witnesses reported Morris stood outside smoking and watching his bandmates unload their full stacks and drums from the van.

“He talked my ear off about how he doesn’t understand why people think touring is so hard,” said doorman Kevin Rivera. “He said the other guys in the band didn’t like it as much and didn’t have the passion for it, but I’m pretty sure they just all have herniated discs. We watched an amp slip out of one of the guy’s hands and it landed right on his foot — it was definitely broken. [Morris] just laughed and told him to ‘walk it off.’”

To his credit, Morris allegedly offered what he calls “moral support” to the rest of the band.

“He does this thing where he tells us, ‘Good job’ and ‘I’m proud of you’ and stuff like that, but it comes off as pretty sarcastic. And he refuses to bring in the merch tub, because he’s afraid it might strain his throat somehow,” said drummer Lawrence Tran. “I try not to let it get to me, but this venue is on the third floor and he’s intentionally walking really slow in front of me and pretending to be on the phone with my mom while I carry a bass drum.”

Unfortunately, Morris could not be reached for comment during the load-out later in the night, as he was passed out in the back of the van.