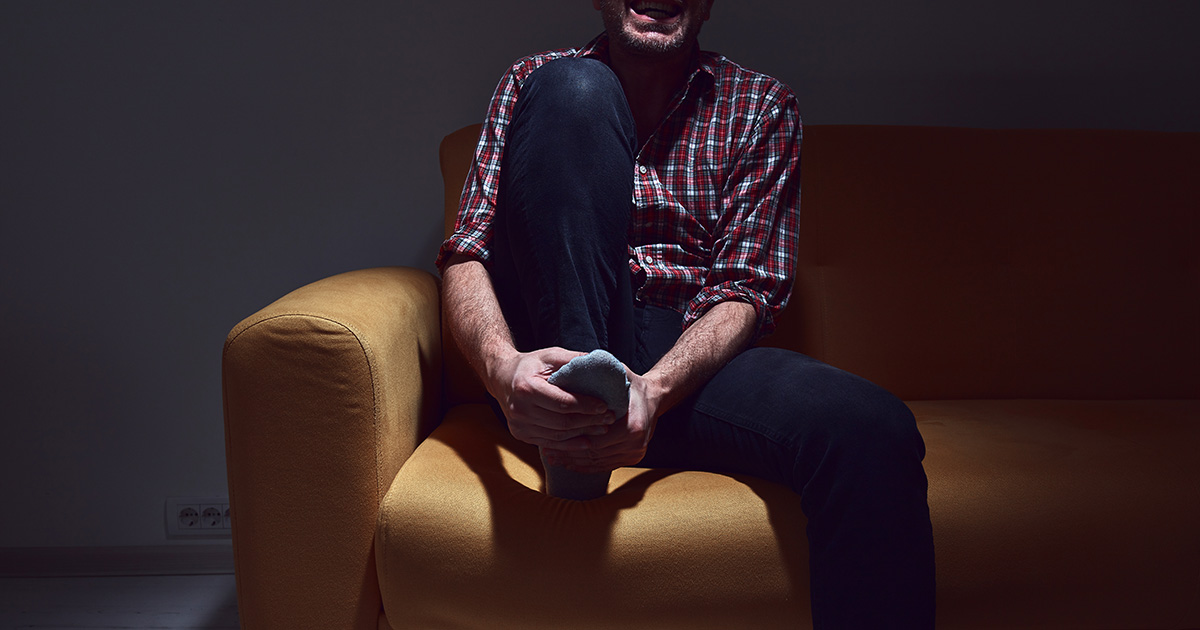 “I don’t even know why I did it,” said Scharm, gingerly removing the thin sneaker that failed to stop him from injuring his foot. “I play live with like, 20 pedals during a set at minimum, and I’m jumping all over those things. They don’t call me the ‘River Dancer’ for nothing. But like, I saw the mousetrap down there, and then suddenly I was on stage looking down at my board about to smash the Flanger. I should have know it wasn’t a pedal because of the huge chunk of cheese just sitting there. Goddammit, I think my pinky toe is broken.”

Scharm’s loved ones have said that the 29-year-old’s performance habits have affected his daily life.

“It’s constant with him,” said Scharm’s girlfriend Natalie Ramirez. “”He’s spent thousands of dollars and several years on custom pedals with stupid names like ‘Caustic Fuzzbucket’ and ‘The Grub,’ so I get why stepping on shit is ingrained at this point. He honestly just can’t help himself. Last week it was my phone. I put it on the ground for one second while I tied my shoe and he just stomped it like it was his fucking Boss OD-3. I’m scared to let him drive at this point.”

Scharm’s bandmates also weighed in on his strange and often destructive behavior.

“I’ve learned to live with it,” said Mark Tinsley, drummer for MOON/DOOR. “After our show at Mully’s Hideout a few months back, I went outside to smoke and I put my brand new pack of American Spirits on the steps next to me when I heard the door open—I barely moved them out of the way in time but he still got my thumb a little bit. The worst part is, all the stomping would be worth it if it actually made him sound any better.”

At press time, Scharm was seen removing all dangerous obstacles and potential pitfalls from his home, including his actual pedals.