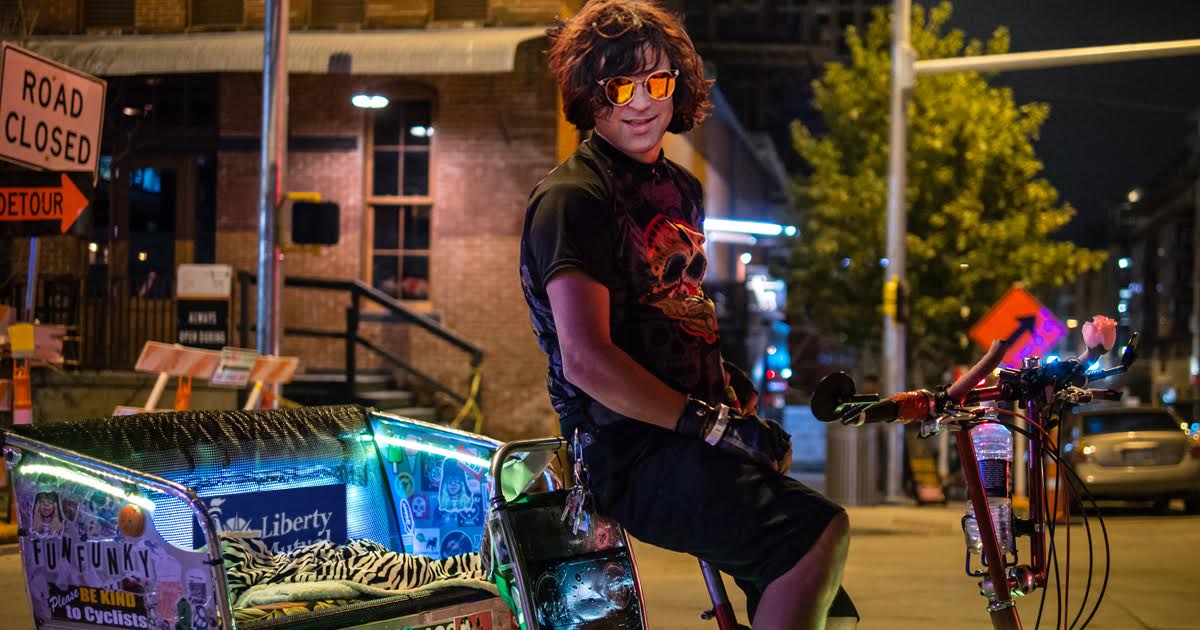 AUSTIN, Texas — Singer-songwriter Ryan Adams operated a pedicab during the annual SXSW festival in order to make his trip to Austin profitable, according to early reports coming out of the downtown Austin area.

Before Adams headlined the “AT&T Ears of the Underground” showcase, he allegedly spent an afternoon collecting fares from concert-goers in a rickety pedicab sponsored by Liberty Mutual Life Insurance. While some speculated the move was a publicity stunt, Adams claimed it was the only way for artists like him to make any money during the fest.

“SXSW, man … they’ve always been good to me,” said Adams as he pedaled down a packed Seventh Street. “Career-wise, I mean. Good exposure. I haven’t actually been paid any money since they started having me down here. Last year I took a couple shifts as a dishwasher at a taqueria for some extra cash. It gives me perspective and a few extra bucks.”

Blake Fillings, a 29-year-old project manager for Microsoft, had the pleasure of being one of Adams’ fares.

“I had to get to the Monster Energy Outbreak House, so I hopped on this pedicab, and my driver is Ryan fucking Adams. It was crazy! He said he liked being a ‘regular Joey Lunchpail’ every once in awhile,” said Fillings after posing for a photo with Adams. “The guy is so down to earth, he wasn’t even mad I didn’t have cash to tip him. I made sure I told a lot of people how good of a pedicab operator he is, though. That sort of exposure is even more valuable than money.”

Other pedicab drivers seemed unfazed by a rock star like Adams joining their line of work.

“It’s a thing now, man. Most bands lose money with travel costs in order to play this thing. In the past, I’ve seen guys like Chuck Ragan working food carts. Brian Fallon picked up a couple shifts with a roofing company a few years back and made a good amount of cash,” said a 37-year-old pedicab driver who goes by “Chainsaw.”

Despite long hours and hard labor shuttling record executives around the festival, Adams found he made less driving his pedicab than he expected.

“Turns out, in Austin, any goods sold between a pedicab driver and rider during the trip is taxed 215%. I sold a few shirts and didn’t know that, so I’m actually in the red $45,” said Adams. “Rock ‘n’ roll, man. What a business!”