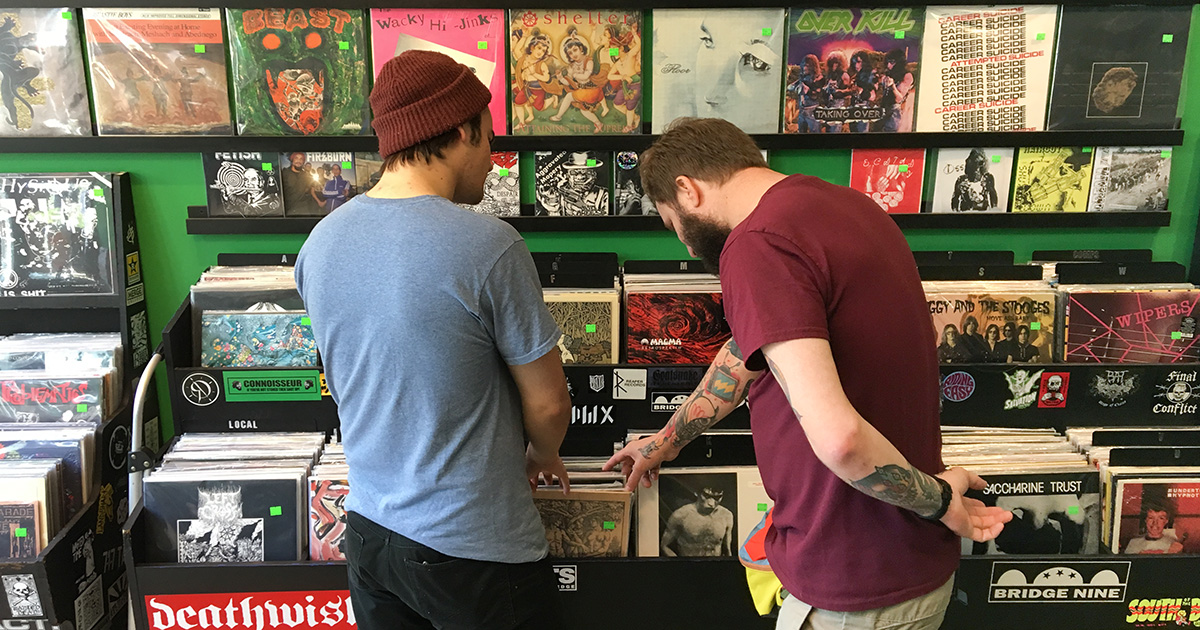 GREELEY, Colo. — Employees at the Needle Exchange record store dispatched a weird guy moments ago to stand uncomfortably close to you and flip through the exact same stack of records you just browsed, multiple eyewitnesses confirmed.

“It’s part of our Record Store Day experience,” said general manager Zelda Gilbert. “I mean, let’s face it — you could pick up any of these releases on eBay after the fact, so we want to offer something you can’t get online.”

Sources report that despite dozens of nearby bins full of records, this weirdo will insist on hovering no less than two feet away from you as you shop, complete with “all the loud breathing and occasional angry muttering” you might expect, according to Needle Exchange staff.

“Yeah, it happened to me too,” said early morning customer Amir Amstel. “This crazy-eyed dude in a Faith No More shirt was just maniacally flipping through on the other end of the bin while I was searching — I actually thought we were gonna meet in the middle clutching the same LP, like a “Lady and The Tramp” sort of thing. Luckily, he got called over to stand right in the middle of a rack of shirts this girl was looking at. Thank God.”

When asked about potentially releasing an additional rando to tell you about the time he almost saw the band whose record you’re holding, but couldn’t go because of “something about his landlord, or something,” Gilbert expressed hope.

“You never know,” she said. “There was a time people scoffed at the idea of paying for a Belinda Carlisle single on cream-colored vinyl. But they came around on that, sort of… so we’ll see.”

As an additional Record Store Day exclusive, the Needle Exchange reportedly has something special planned for when you make your purchase.

“We’ll release a limited edition old guy to be in line ahead of you, who won’t stop trying to chat with the cashier no matter how disinterested or busy they are,” Gilbert assured. “It’s limited to only the first 500 customers, though, so make sure you come early if you want one.”