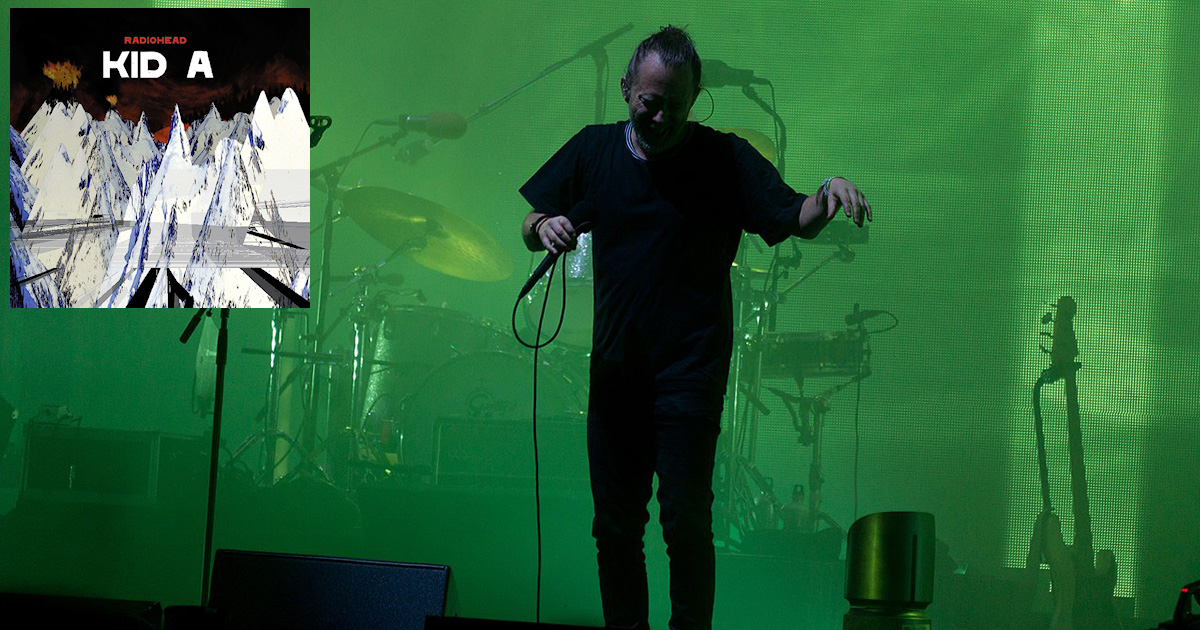 ABINGDON, Oxfordshire, U.K. — Experimental rock band Radiohead revealed today that their seminal album “Kid A” actually stands for “Kid Antebellum,” deciding for some reason that they should tell this to the world amid controversy over the band Lady Antebellum’s name.

“Ante bellum means ‘before the war,’ and since we consider our plunge into the mainstream to be a war for our artistic integrity, ‘Kid A’ was supposed to be about our infancy — get it? Like a kid, before the war?” Radiohead frontman Thom Yorke explained, slowly, methodically, and half in falsetto. “Discovering the implication of prejudice changes everything, but rather than change the name, we’re gonna just claim the song has always been about racial injustice this whole time instead… or maybe I’ll just say I’m kidding about what the A stands for. Who’s gonna know?”

Radiohead’s longtime manager Chris Hufford has been in crisis mode trying to mitigate the damage.

“I begged them not to tell anyone — especially now, but really ever,” Hufford exclaimed while commanding an army of PR reps and paying off blog editors not to publish the story. “Radiohead has had a stellar reputation in the industry. For them to say this now is probably some kind of societal statement… or maybe an epic prank on me? Who knows with these guys? They’re insane. Just listen to everything they’ve released since ‘In Rainbows.’”

In the midst of litigation over the band name “Lady A,” the band formerly known as Lady Antebellum is going after Radiohead for their album name as well.

“It doesn’t matter that their thing came out a billion years ago, or that they’re probably joking, or that we’re trying to distance from the name. It’s ours, and we want it back!” singer Hillary Scott said while Googling the name “Antebellum” to ensure no one else is using it yet. “It’s like when your kid turns out to be a serial killer, but they’re still your kid — the name might be racist, but it’s our racist name. If those pale English dorks think they will get away with this, they have another thing coming.”

In related news, Coldplay’s Chris Martin also revealed today a hidden meaning in one of their songs, alleging that “Viva La Vida” was actually “Viva L.A. Vida,” or “Live The Lady Antebellum Life.”