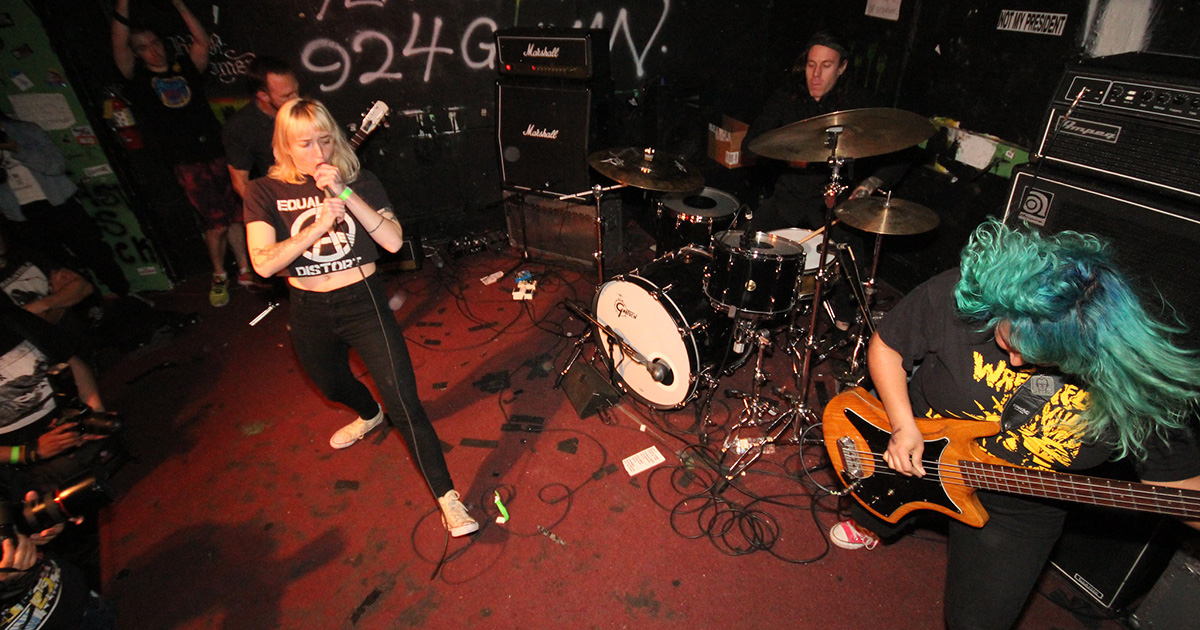 “This should not be a reflection of the Providence punk scene — our punctuality and preparedness only happened because none of us actually knew what time it was,” said longtime punk Arty “Germ” Lussier. “We’ve just been going by the clock on our stove, and since it read 7:00, we had no way of knowing we were supposed to set our clocks an hour back. And to make it worse, both of the neighbors are on vacation, so there’s nobody to call in a noise complaint. This is hardly even a punk show at this point. Somebody better feed the dog some beer to save face.”

Bands booked on the show admitted that starting on time was disorienting.

“We rolled in, and thought we were 30 minutes late and took our time setting up, but it was all for nothing. The clock in our van hasn’t worked since our bass player puked all over the dashboard display — we usually just kind of go off the placement of the sun to time our day out,” said Gail Ciccotti, lead singer of local punk band Schlitz Blitz. “I overheard some yuppie posers with smartphones mention it was 8:15 halfway through our set, and I just sort of froze: we were the band that started on time. We looked like fucking amateurs.”

Punk historian Andy Melrose noted that the “spring” forward” and “fall back” of Daylight Saving Time has led to multiple issues with punk time.

“There are strict rules we have to follow in the supposedly ‘lawless’ punk scene, and changing the clocks is a surefire way to mess everything up,” said Melrose. “Every year I hear reports of shows starting exactly on time across the country, or even starting early… which is worse than getting caught smiling in family photos with your rich parents and having a full-time job combined. We need to get better about adjusting our expectations every spring and fall.”

Witnesses say the show’s reputation sank even lower, however, when police showed up to the house and enjoyed a few songs before leaving without saying a word.