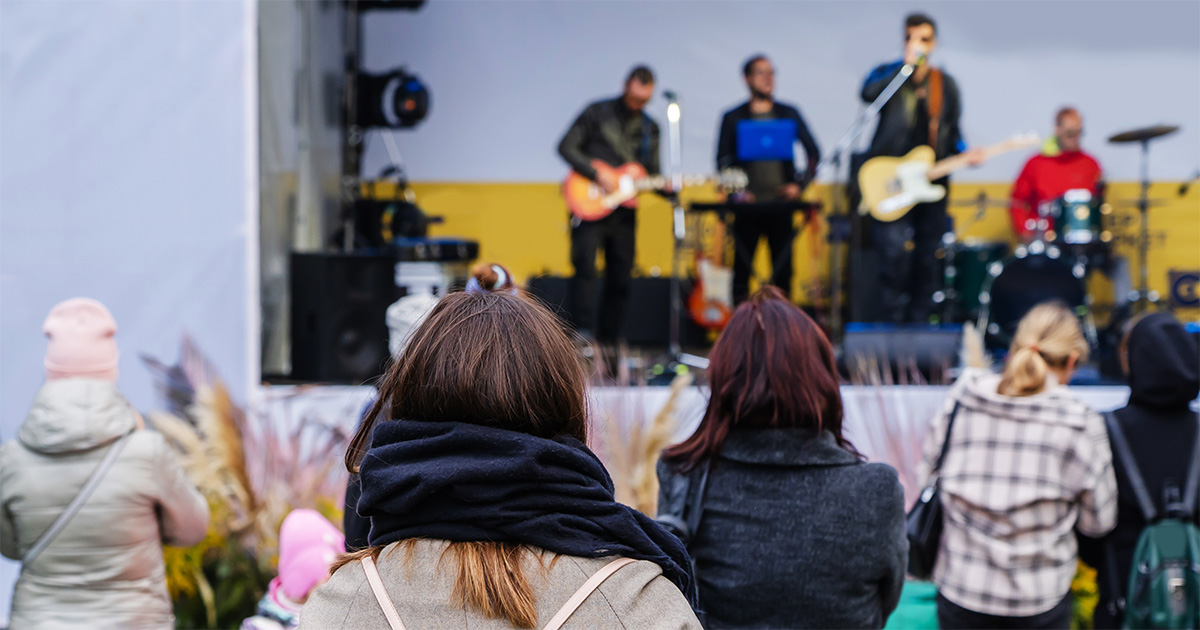 “It’s a double-edged sword. On one hand, you’re living the dream, but on the other hand, you really start to miss your friends back home,” said Disquantify guitarist Jimmy Jessup. “The road gets to the point where you don’t remember where you are, and that’s an eerie feeling. You’ll forget if you’re playing the YMCA Auditorium, Steve’s house party, a bowling alley, your old high school, or what. It all blends together. Sometimes it gets to where you can’t close your eyes without seeing white lines from the road. But hey, we get to tighten up and really dial it in right here in our own backyard, so I can’t complain.”

Fans say they’re excited and baffled to see the band line up so many gigs in their hometown.

“Disquantify kicks fuckin’ ass, let me first say that,” reported scene veteran Claudia Slocombe, scratching the back of her head. “But if you sleep at home for 36 shows in a row, is that even a tour? That’s gotta be at least a month, probably more like two or three. Don’t get me wrong. They’re exposing the lies and hypocrisy of this fuckin’ bullshit town, but at what point are they lying to themselves?”

Disquantify isn’t the first area band to begin a tour with an extended home stint, with metal band Menacing Onus setting a record 78-date tour of Sheboygan County in 2013.

“That tour was the wildest and craziest thing I’ve ever done,” recalled former Menacing Onus singer and current bowling alley attendant Brutus Shellbright. “It was everything I ever dreamed of, but it came at a price. My dad came down with cancer while I was on a loop up near Elkhart Lake. I considered coming back since it was only a few hours’ drive, but I couldn’t let everyone down. I knew they would have understood since I was so close to my dad, but I wouldn’t change a thing.”

At press time, Jessup could be heard explaining to a print shop employee that he needed 10,000 Disquantify shirts with “Sheboygan, Wisconsin” printed 36 times on the back.