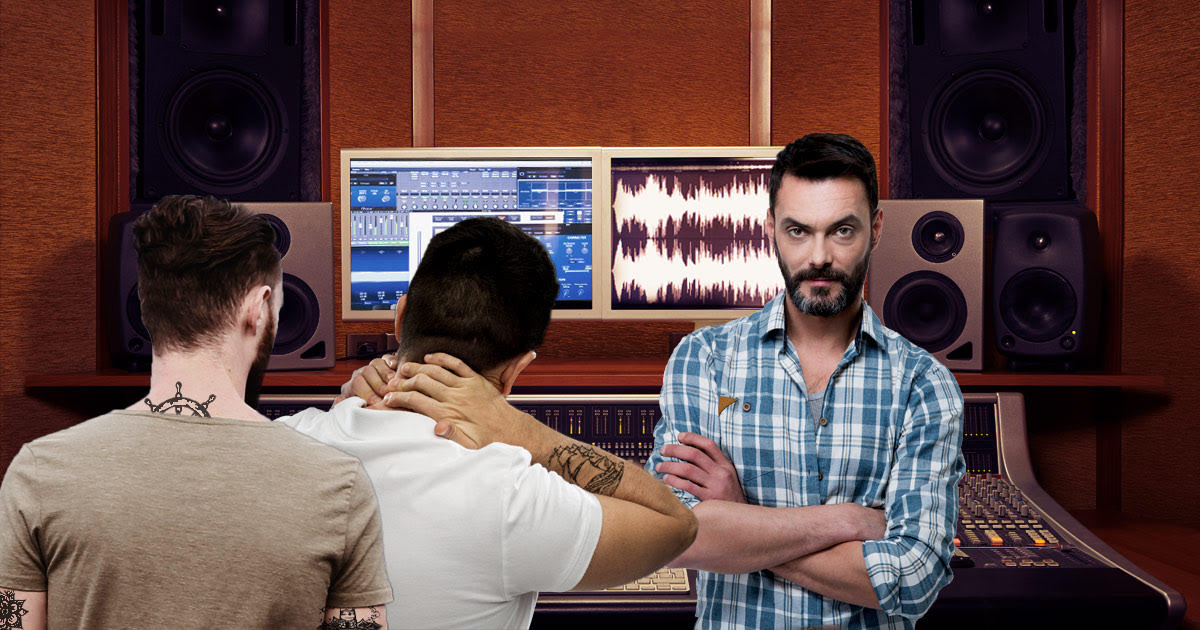 ORLANDO, Fla. — Producer Rob Stone escalated an ongoing battle with easycore outfit The Stripey Lords last weekend when he declared the band could not start work on a full-length album until they finished their EP, according to reports from inside the studio.

The Stripey Lords, currently finalizing their sophomore EP, confirmed they wanted to maximize the studio time paid for by their most recent Kickstarter project.

“Kids these days think it’s easy to just beg for money and crank out tunes,” said an aggravated Stone. “In my day, it took six months to record a two-track demo, and we didn’t have any of this digital malarkey. I cut my finger to the bone splicing tape in the winter of ’77, and then I still had to unwind the reel-to-reel both ways. And I didn’t mind it one bit.”

Vocalist Gemma O’Neil admitted to her frustrations with the veteran producer.

“‘Old Man Rob’ doesn’t understand what it’s like to be in a band today,” spat O’Neil. “I literally have no idea what we need him for. [That] fucker spends most of the time sleeping, and we have to run the controls. He claims he’s just resting his eyes, but, like that lazy old fuckwit always says, does he think I was ‘born yesterday?’”

Bassist Jason Wilson agreed, criticizing Stone’s overbearing tendencies. “Hey, we’re doing the guy a favor by recording at his cruddy studio,” said Wilson. “He’s not our manager. When we get signed to a label, we are so outta here.”

Some in the band claimed Stone has maintained a “patriarchal authority” over them throughout the recording process.

“I broke one of my drumsticks, and asked if he had any extra so I didn’t have to run out to the van,” said drummer Taylor Landen. “He asked me if I thought drumsticks grew on trees, and when I said, ‘Well, technically, yeah, kind of,’ he put me on ‘timeout’ for ‘sassing’ him. It’s getting a little weird.”

As of press time, the dispute was reportedly ongoing. Tempers flared further when Stone stopped O’Neil from leaving the studio, insisting, “You’re not going out dressed like that!”