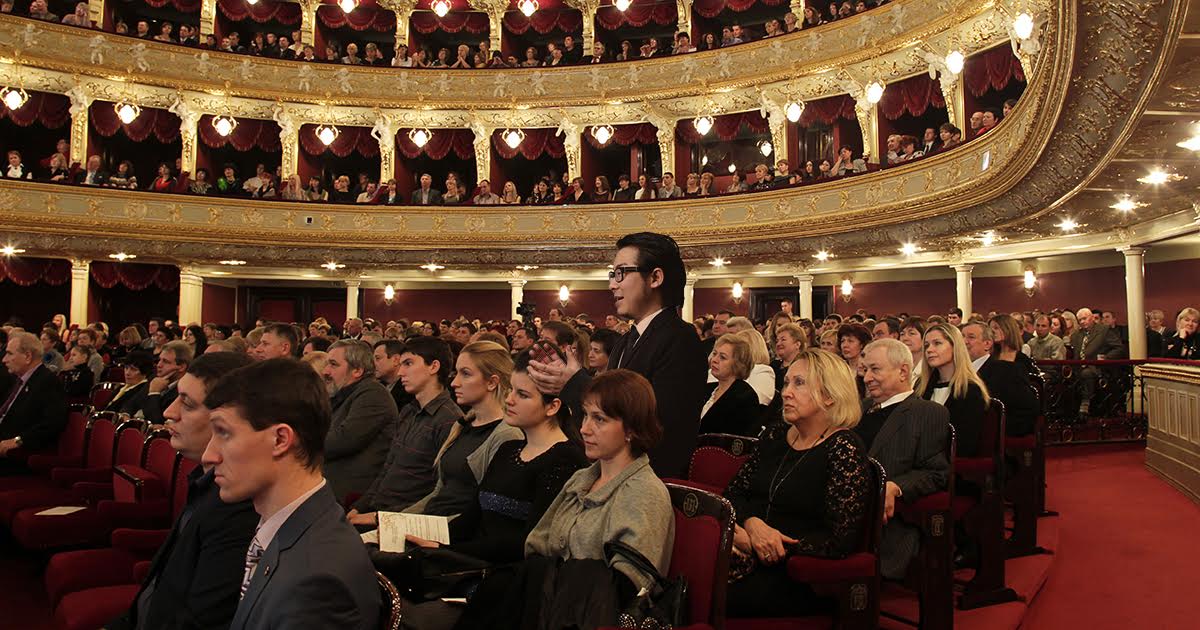 “When that man stood up and started applauding, my initial reaction was shock… followed by an overwhelming feeling of disgust,” said Thurston Archibald Davenport IV, wiping his monocle. “Any symphony-goer worth his salt knows that you do not clap after a movement of music. Just where did he think he was? Summer stock?” chortled Davenport.

Patrons were reportedly treated to a “magnificent” rendition of the opening movement to Beethoven’s masterwork. Following the final note of the movement, a distinct clapping sound could be heard from the floor.

“I mean, have you never heard Beethoven before? I would wager that man couldn’t even name three of Beethoven’s concertos — not to mention who may have commissioned them,” said Duchess Amanda Hurstonfeld. “What an utter buffoon.”

“I was seated two rows behind the blundering, artless poser when he let loose no less than five claps during the intended silence. As I glared at him, I saw he was wearing a Beethoven shirt! Only the most clueless of hayseeds would wear a Beethoven shirt to a Beethoven concert,” scoffed Rutherford. “Personally, I showed my support by wearing a Brahms slip underneath my gown. My husband wore his Mahler cummerbund.”

Following the performance, VIP patrons gathered near the back entrance to hobnob with the musicians. The man whom other attendees labeled “Poser 8000” allegedly attempted to join the conversations, but with little success.

“Frankly, it was embarrassing,” noted Becker Rothchild-Kensington. “Pardon me, but take a hint, man. He might as well have taken a steaming bowel movement at center stage while singing show tunes. He is a social pariah, to say the least!”

Longtime symphony patrons admitted they hadn’t been this upset since a similar incident from seven seasons ago, when at the conclusion of the performance, a man yelled, “Hoorah!” instead of “Bravo!”